This tactic is all about having high intensity to attack and defend, building up the game with short but vertical passes. It's ideal for a team with high determination and natural fitness. 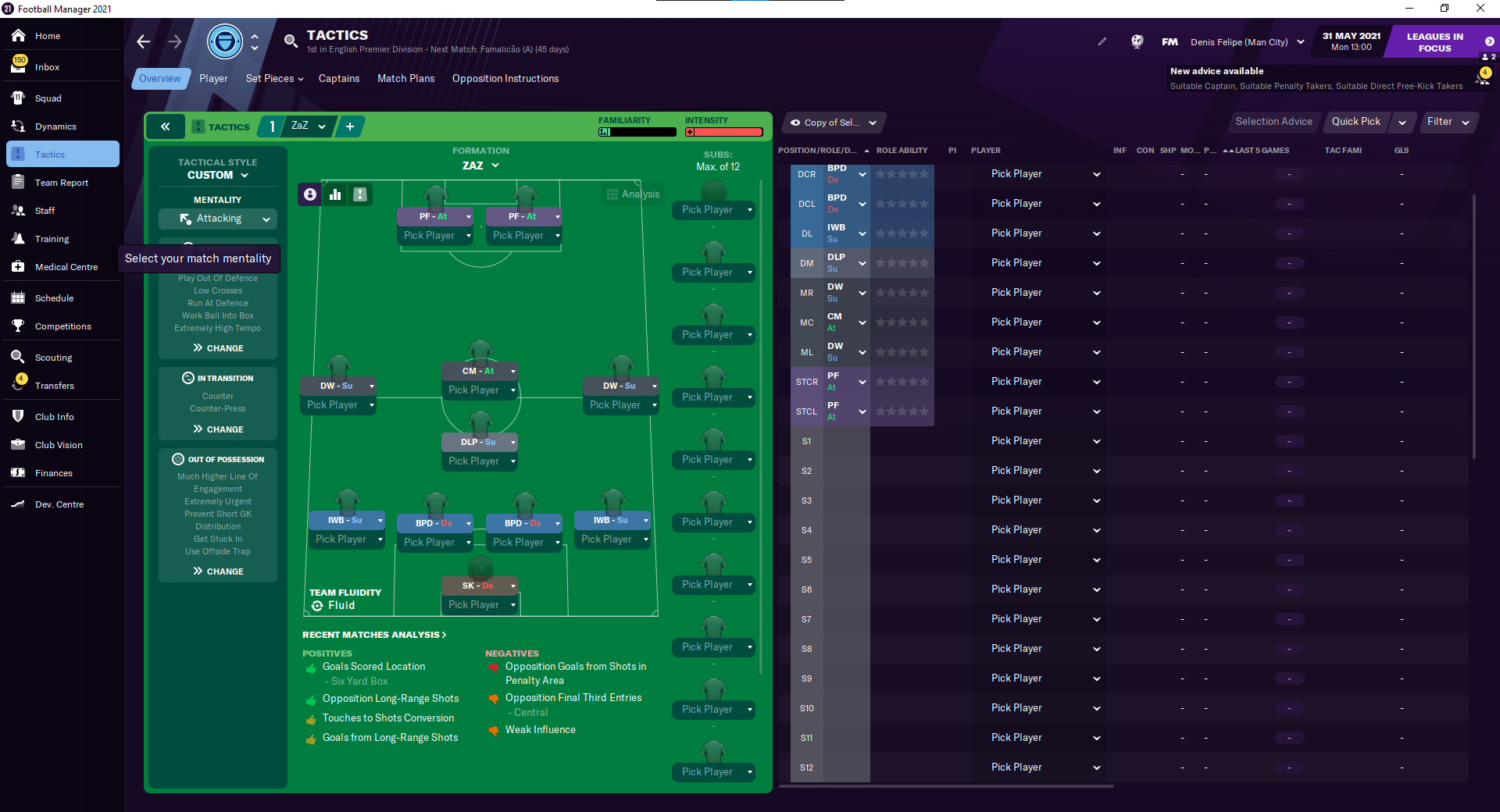 The formation is 4-4-2 to ensure balance, with 2 players in each section of the field (center defense, center midfield, center attack and both wings). This is important in leagues with low budget or only 5 players on the bench, as you can train players to be effective in both positions from their sector and keep a smaller squad.

The mentality is attacking to ensure your players are committed to vertical soccer. When in possession, they are instructed to play out of defense and work ball into box, passing the ball shorter to keep possession, playing at extremely high tempo to unsettle the opposition and running at defense to progress through dribbling when possible.

The transition is your typical gegenpress, fighting back as soon as possession is lost and immediately looking for counter-attack.

When out of possession, the players will press as early as possible, with extreme urgency. They are instructed to get stuck in and play offside, as well as preventing short goal keeper passes.

All players have personal instructions to pass it shorter (to keep possession), take more risks (to make the game more vertical), get further forward and dribble more (to gain ground), shoot less often (to work ball into box), tackle harder (to fight with everything for the ball). Defensive wingers are set to cross from byline and center midfielder is set to move into channels, to increase penetration.

There are no opposition instructions and no set piece takers.

This tactic is well suited to any kind of team, of any division and any budget. It was tested twice in the Premier League, using the first and last media predicted teams and going in holiday as soon as the tactic is set, without any other sort of interaction. Not only the first team won both times, but the last team also figured around the top. Both teams had most goals in the championship, with first team having fewest shots against and fewest goals conceded, while second team had the most tackles won. 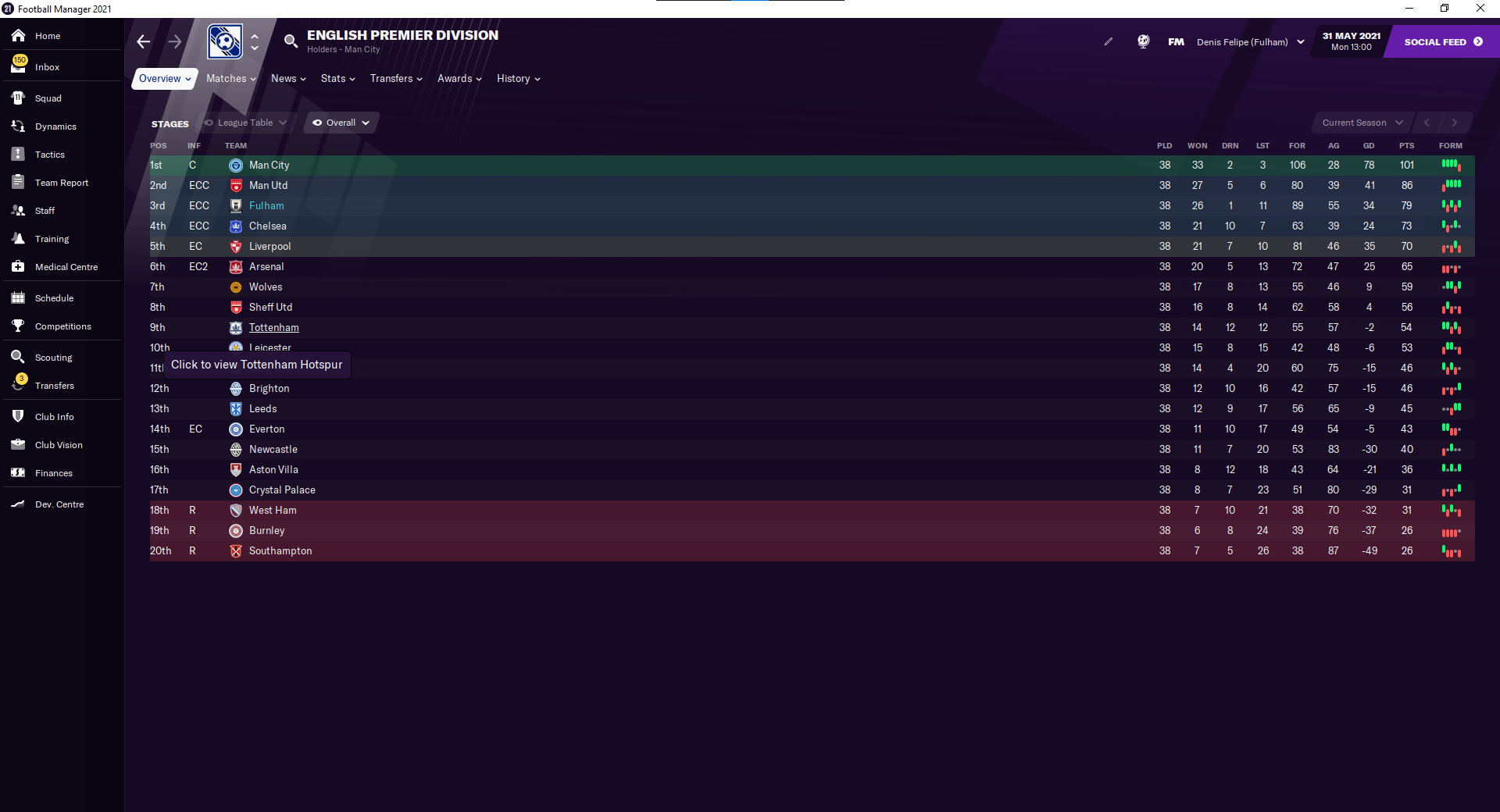 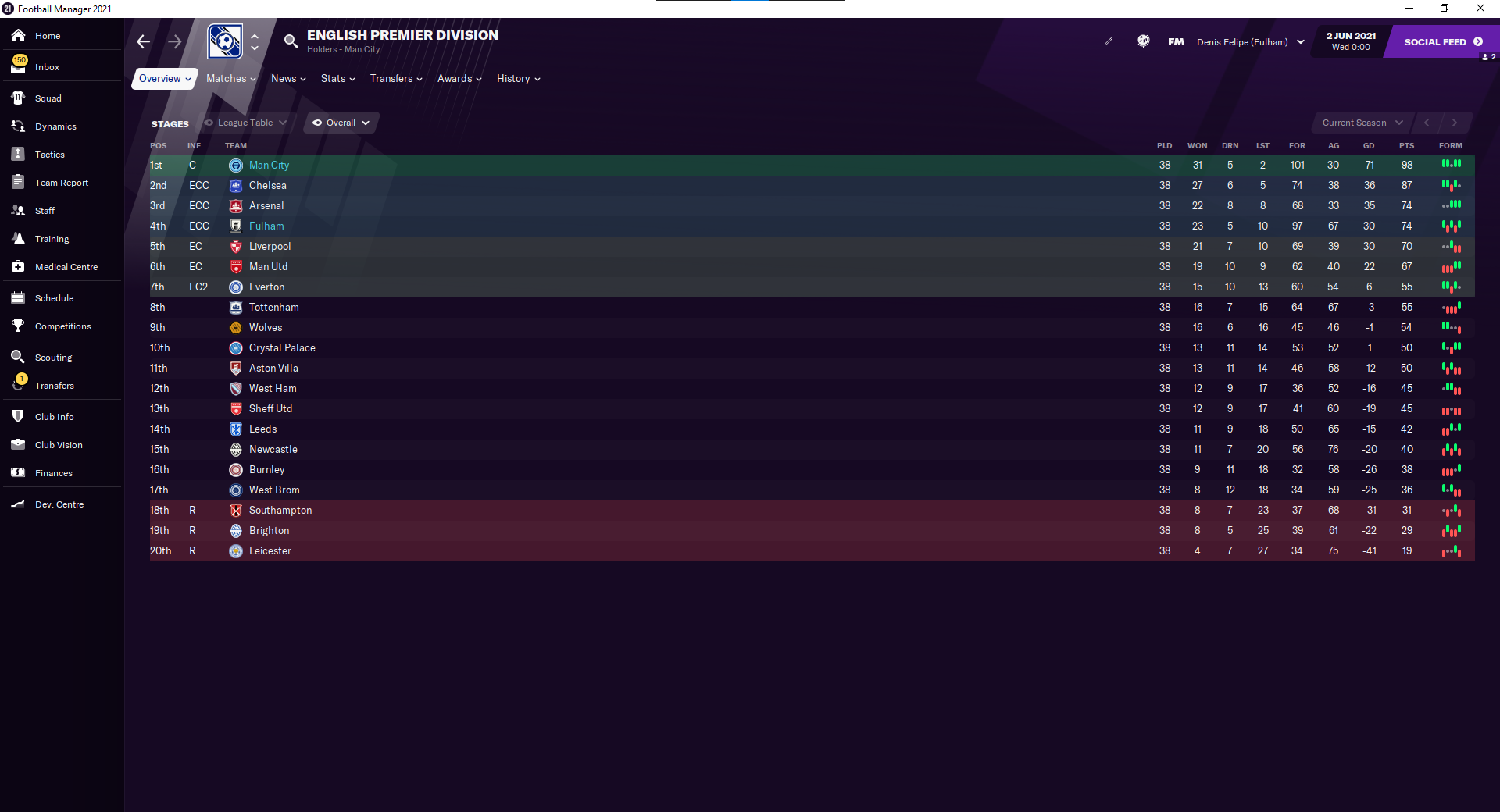 Here are some screenshots of scorers, assists and overall performance. 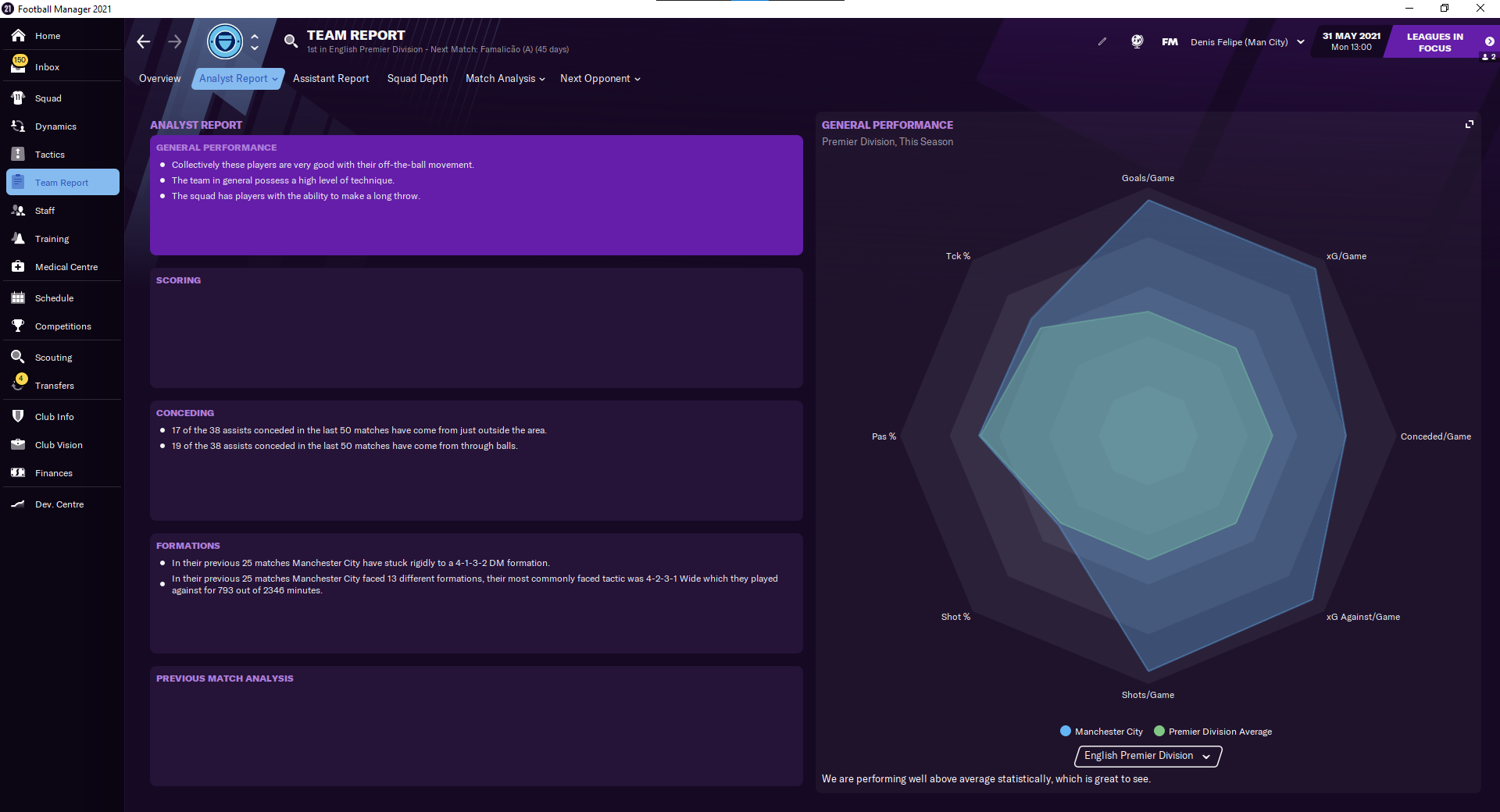 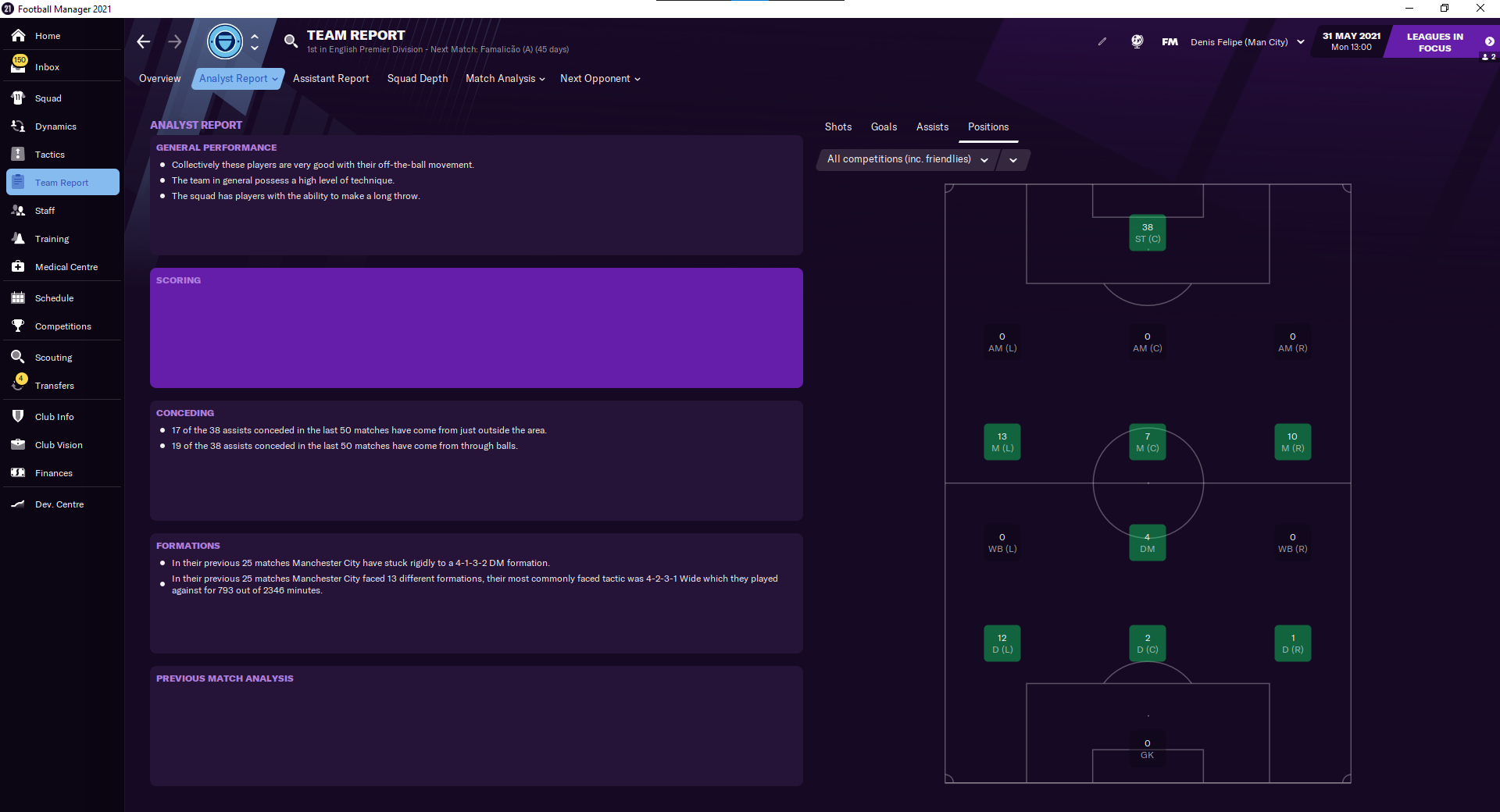 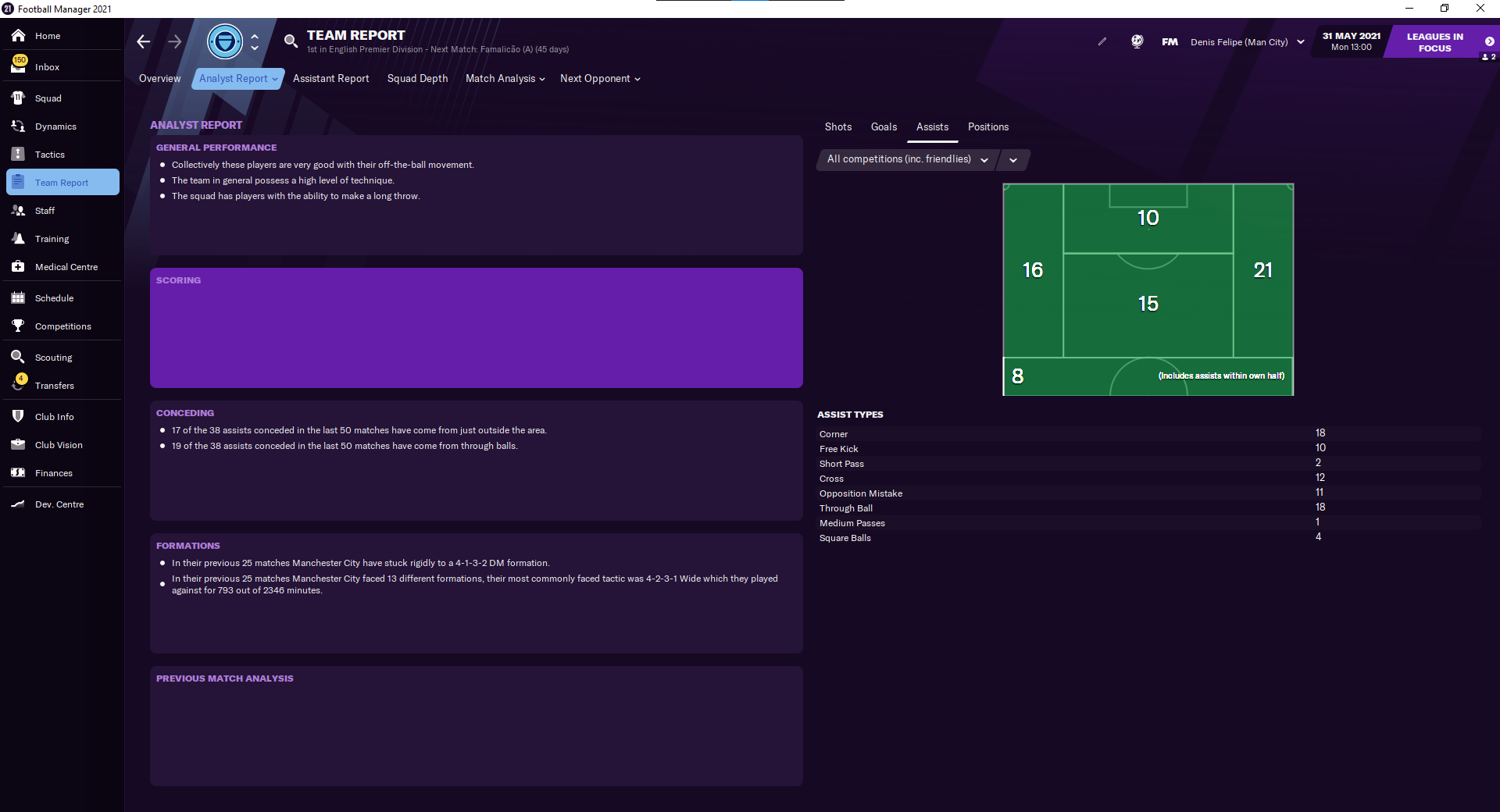 Let me know how the tactic worked for you. Enjoy! 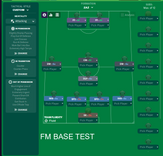