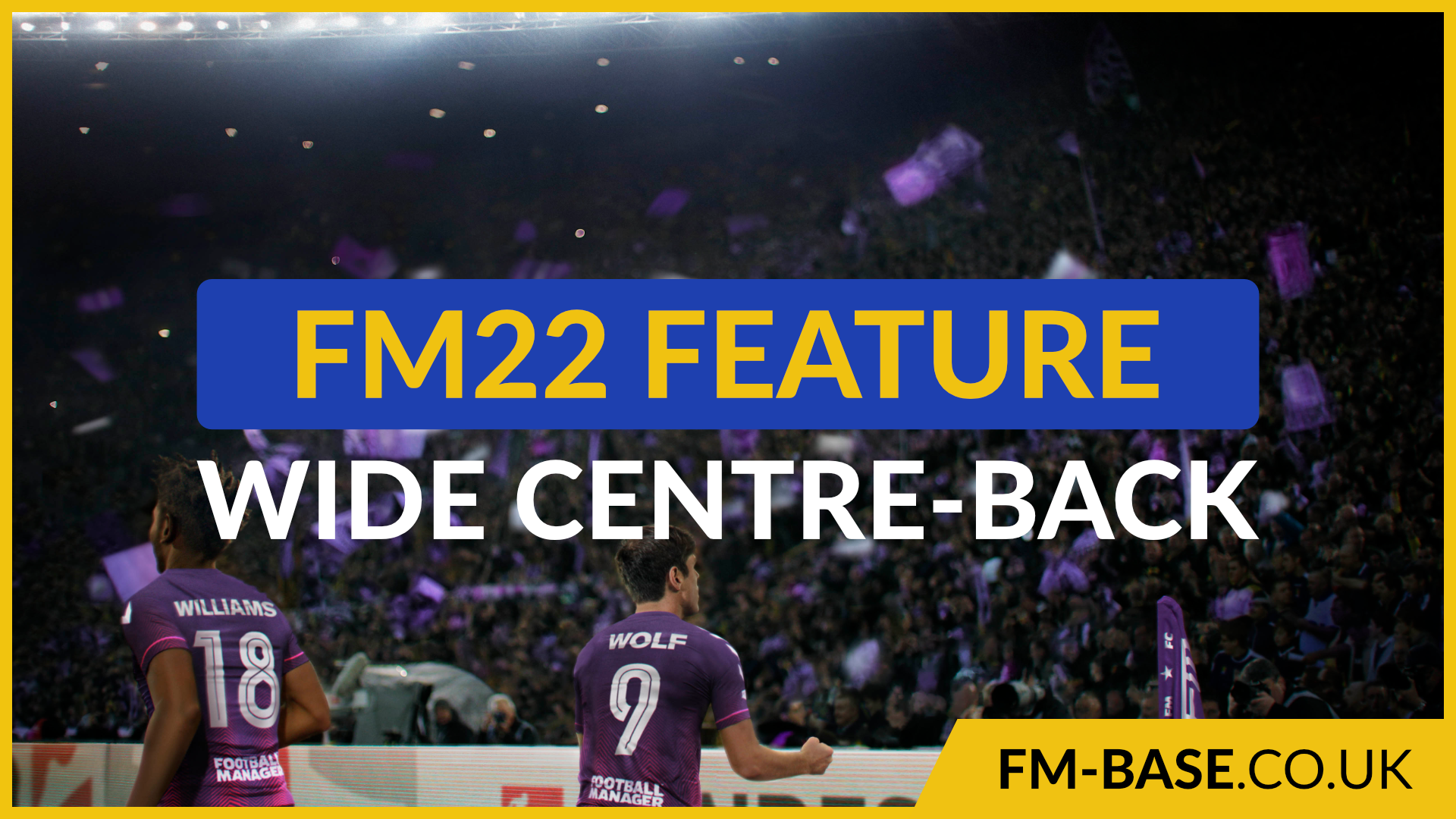 FM22 introduces us to Wide Centre-Backs

A new position has been added to FM22, the Wide Centre Back (WCB). In this article, we look at what the position is and how it will make you think about your tactics on Football Manager.

Tactics have been changing in football for a very long time. The new Wide Centre-Back builds on the tactical shapes that involve a back three. As can be seen in the image below, the WCB will be available in three duties - defend, support and attack. Each duty will change the instructions slightly to support both defensive and attacking phases of play.

As FM22 moves towards a data-driven future, we can look forward to utilising this data to really learn and understand how new roles like the Wide Centre-Back work.

For more information about this new role, we recommend reading this article.

The Wide Centre-Back is supposed to function primarily as an attacking role, we know that much for sure, but will it only suit three defender formations? I don't think it will. The role will almost certainly create some defensive vulnerabilities but perhaps we will be able to mitigate these using roles like Anchor Man, Sweeper-Keeper or a Defensive Full-back.

We'd love to hear your thoughts on the new FM22 features so feel free to tweet @fmbase and let us know them.