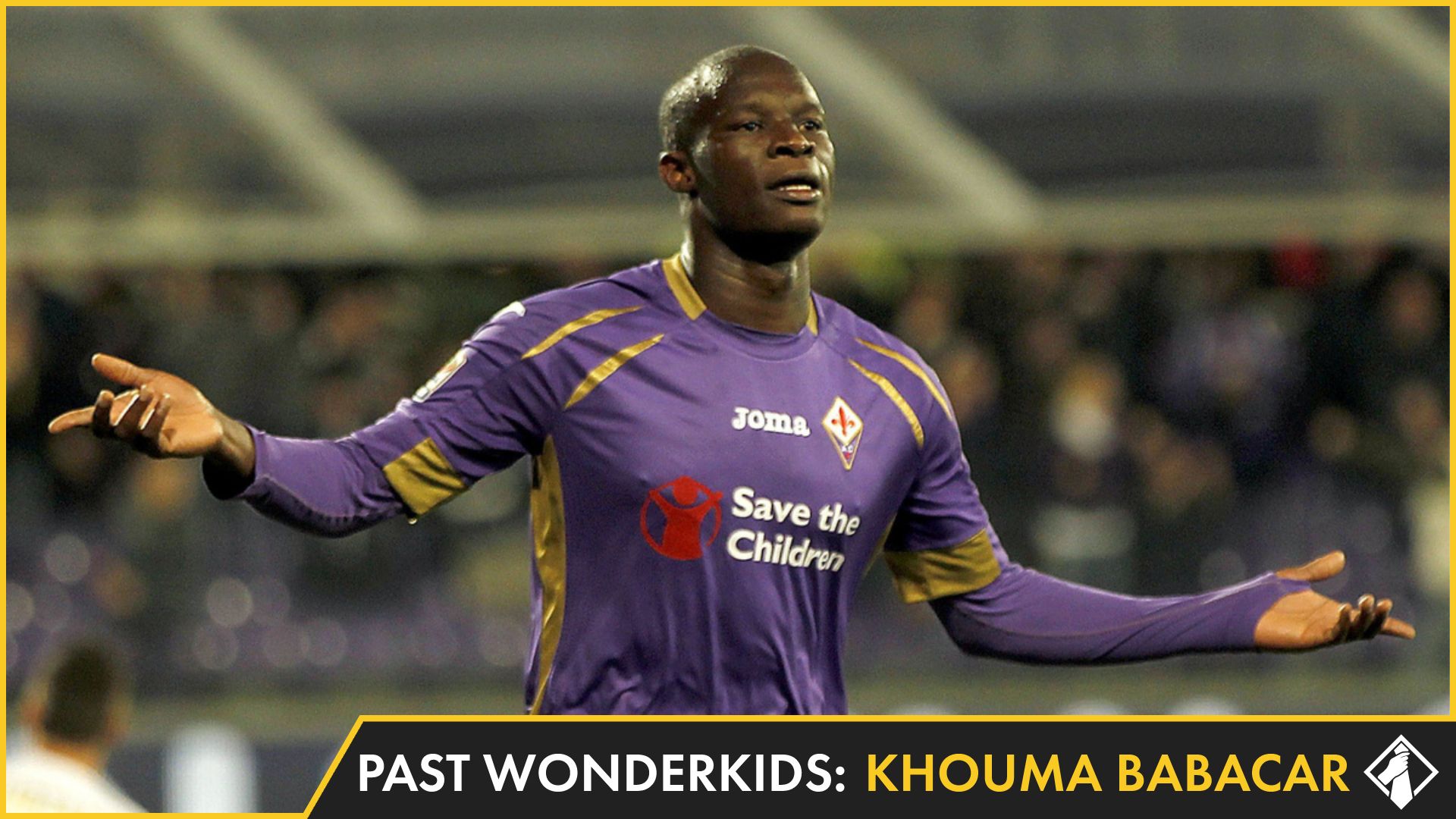 Whatever happened to Khouma Babacar?

We've all got our favourite wonderkids from editions of Football Manager gone by. Those players that we signed at the start of every save and built our whole side around. Today we're taking a look at Khouma Babacar, one of the finest African prospects back in 2010.

Khouma Babacar started the game in the Under 20's of Italian side Fiorentina and was compared to International striker Alberto Gilardino. At the very start of a new save you could grab Babacar for under £10 million, which at the time was very expensive for such a young player, but given a couple of years to develop he could lead the line for any side for over a decade. Already tall, strong and good with his head, Khouma offered a physical threat whilst also being a devastating finisher, and while not rapid, he had enough pace to hold his own with time to work on improving.

Fast forward to the present day and you can see that Khouma is only marginally better than he was 11 years ago. His only significant technical improvements are his Dribbling and First Touch, with the others marginal at best. His main attribute is still his strength which is to be expected, but his physcial and particularly mental attributes haven't developed as much as would have been expected at the start of his career. He is currently contracted to Sassuolo in Serie A, but is out of favour and has been loaned to Alanyaspor in Turkey.

Babacar made his Fiorentina debut two months before his 17th birthday, starting and scoring in a Coppa Italia tie against Chievo Verona. Two months later he scored his first Serie A goal, rounding off a convincing 3-0 win over Genoa, a side who had chased him before he joined Fiorentina. After 23 league appearances and just one league goal over the span of three seasons, Babacar spent the next three between 2011 and 2014 on a succession of loan spells, with Racing Santander in La Liga, and then Serie B sides Padova and Modena. He struggled in his first two loans but came into his own at Modena, scoring 20 goals in 41 league games and earning himself a place back in Fiorentina's squad as a result.

Despite never being prolific, his record did improve back at his parent side, scoring 26 league goals over the next three and a half seasons before joining Sassuolo in January 2018, initially on loan. Despite only scoring twice in 13 games he did enough to impress and was signed on a permanent deal, scoring 7 in 29 in his first and as of yet only full season with Sassuolo. He spent last season on loan to Lecce, again struggling to trouble the scoresheet (3 in 25 games) and currently has 7 in 17 games for Turkish side Alanyaspor.

His international career has been incredibly short lived. He made the senior squad for the first time in 2015 but didn't make it off the bench as Senegal beat Ghana, and had to wait another two years before his next call up, playing the second half of a friendly against the Ivory Coast which was abandoned with two minutes left to play due to crowd trouble. He also made it off the bench for the final three minutes of an AFCON qualifier against Equitorial Guinea in June 2017 but hasn't represented his nation since.

It's not really a case of pinpointing where it went wrong for Khouma, rather his career never really got going. Goals on his cup and league debuts for Fiorentina must have had SI thinking they had got another one right on the button, but the goals dried up pretty early and Babacar has had a rather underwhelming and forgettable career. A shame to see given the monster he so often became in Football Manager, but maybe it's just a case of SI seeing something that was never there.

Did Babacar lead the line for your side and take you to glory? Or was there another you preferred? Let me know over on Twitter, and feel free to leave some suggestions of wonderkids you'd like to see in this series!