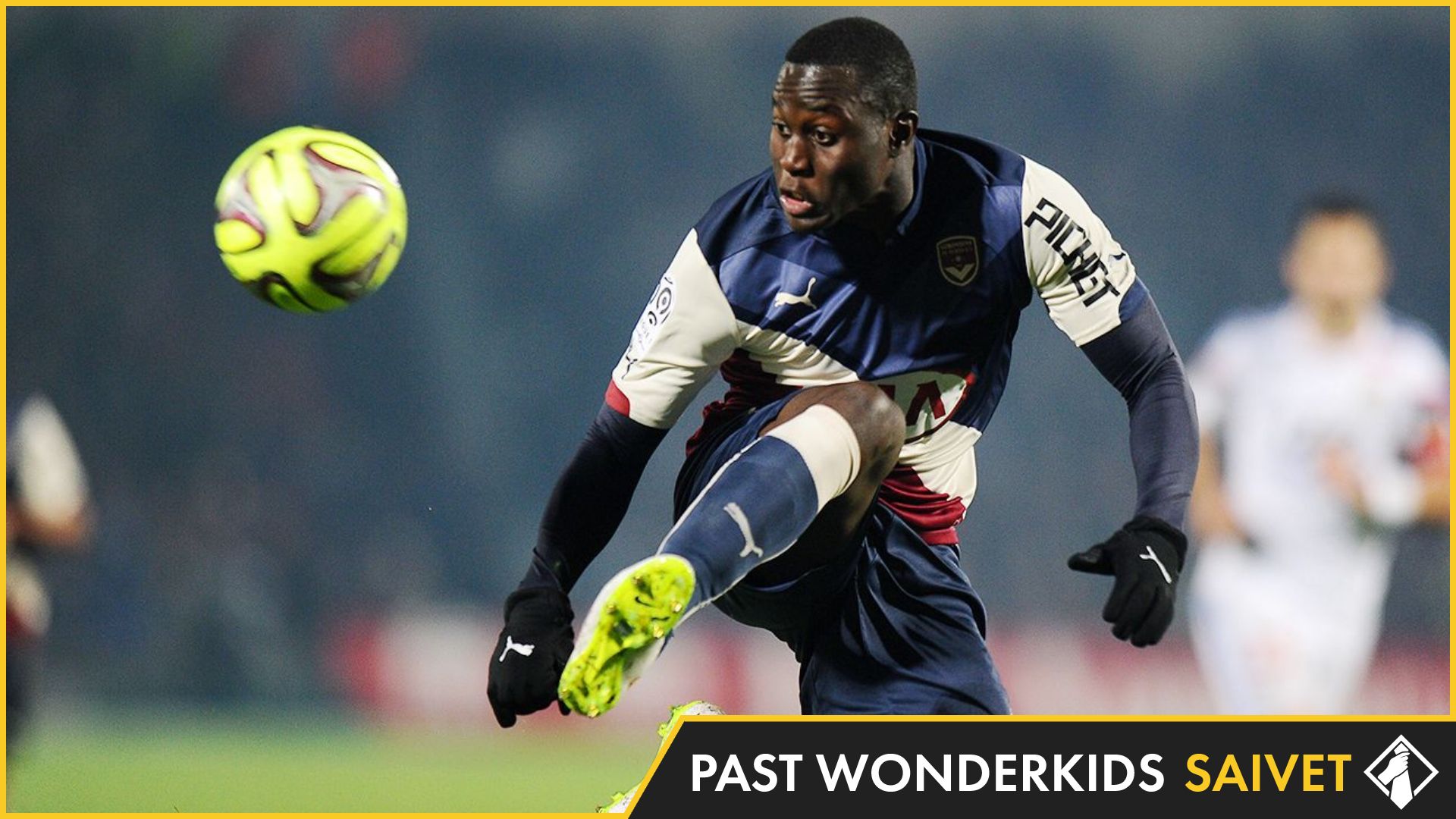 Whatever happened to Henri Saivet?

We've all got our favourite wonderkids from editions of Football Manager gone by. Those players that we signed at the start of every save and built our whole side around. This week is the 10th edition of the Whatever happened to series, and we're heading back to Europe to take a look at French prodigy Henri Saivet.

Henri Saivet starts the game at French side Bordeuax, and despite being on their first team squad is still on a youth contract, meaning he can be signed on a pre-contract from the start of a new save - for a fee of £2.2m rising to £6m. Before you start spamming the approach to sign button though, it may be worth knowing that Bordeaux will accept an offer at his value of £2.1m if you negotiate with the club before the player. A bargain by anyone's standards!

Henri is a very talented player at just 17, comfortable on either wing or up-front, with well rounded attributes for his position. He's quick without being electric, good at dribbling with high technique, good flair and off the ball make him dangerous, and although he isn't a natural finisher it certainly isn't a weakness. Unlike a few others we've seen in this series he's not ready to walk into any side he chooses at 17, but he's certainly got the skills and potential to be a world class forward in the future.

Today, Henri has transformed from a striker to a central midfielder, albeit a very average one. At the age of 29 he should be in his prime, but he's a Championship level midfielder stuck at a Premier League club where he can't get a look in. He still has some of his natural attacking instincts, but has lost his goalscoring touch and hasn't developed a high enough level of passing or vision to be an effective playmaker. Throw in the fact that his fitness and pace have started to leave him, and it's safe to say he's very much past his best.

Henri Saivet joined the youth sides at Bordeaux in 2002 at the age of just 12, and signed his first professional deal in 2007, making him the youngest professional in Bordeaux's history. He made his debut in May 2008, coming off the bench for the final 12 minutes against Lens. He struggled to make an immediate impact on the first team, and only made sporadic appearances before a loan to Ligue 2 side Angers SCO in the 2010/11 season. He made 20 appearances for Angers, scoring 4 goals and assisting a further 3.

Upon his return to Bordeaux, Saivet became a first team regular, making 26 appearances in the 2011/12, scoring his first goal for the club in the process, in a cup game against US Créteil-Lusitanos.

2013 was a good year for Henri, as he helped Bordeaux to win the Coupe de France, the equivalent of the FA Cup, scoring in the final against Evian. As well as success at club level, he also received international honours. Despite representing France at U16,17,18 and 21 level, his senior international career has been with Senegal, the country of his birth. Henri made his debut playing the second half of a 1-1 friendly draw against Zambia, and has so far gone on to earn 24 caps for Senegal.

As Saivet's career has progressed, he's transformed his game. After breaking through as a striker, he then played the majority of his football as a winger before moving central, first as an attacking midfielder and by the time he left Bordeaux he was considered primarily a holding midfielder.

In January 2016, Newcastle United signed Saivet for a fee rumoured to be around £4.5million. At the time, Bordeaux manager Willy Sagnol described Saivet as their best player, while Newcastle manager Steve McClaren called him 'an excellent player, with a very good mentality, a tough player and a winner'. Unfortunately for Saivet, circumstances prevented him from making any kind of impact.

Despite the positive words spoken by McClaren, Saivet wasn't a player the boss was particularly sold on. Jonjo Shelvey was McClaren's favoured transfer target, but when it looked almost certain that Cheick Tioté would leave Newcastle, Saivet was signed alongside the Englishman. After just two starts though, Saivet was immediately dropped as Tiote's transfer collapsed and he remained on Tyneside.

McClaren was sacked by Newcastle just two months after Saivet's arrival, and was replaced by Rafa Benitez. With a change in management came another chance for Saivet to impress, except Benitez also didn't rate him. Saivet was seen as incapable of dominating the midfield in English football despite a good technical player, and therefore was given no opportunity to stake his claim. Having played just four times for Newcastle, Saivet joined Saint-Etienne on a season-long loan in August 2016, deemed surplus to requirements in a campaign where Newcastle were playing in the Championship.

Upon his return, Saivet was transfer-listed, demoted to the reserves, and wasn't even issued a squad number until necessary, such was the lack of trust in his ability. Unlike many situations of a player receiving no game time, there was no animosity between player and manager, Benitez just simply didn't trust him to play his role. Since then he's spent 18 months on loan in Turkey, with Sivasspor and Bursaspor, returned to Newcastle under Steve Bruce, and still hasn't been given a chance.

Interestingly, in all the time he has been unable to secure game time with Newcastle, he has still been an effective player at international level, and even plays as an attacking midfielder for Senegal, a role none of his three Newcastle managers have used him in. He even started the 2019 African Cup of Nations final, alongside Sadio Mané and Ismaïla Sarr, and ahead of Keita Baldé and Krépin Diatta.

They took a punt on a player that the manager didn't fancy, to replace a player that didn't leave. Despite changing position throughout his time there, Saivet had a solid start to his career at Bordeaux, even if he didn't reach the world class potential Football Manager saw in him. Since joining Newcastle though, he's had large spells of playing no football, and other spells on underwhelming loan spells. Had Newcastle hired a manager willing to give him a run, or Tiote left the Magpies, he may have forged a decent career. For now though, he's stagnating with no sign of stopping.

Did Henri Saivet have a good career in your save? If you weren't playing him, who had his place? Let me know over on Twitter @adam_otbfm, and while you're there let me know the wonderkids you'd like to see covered!

Don't forget to head over to onthebreak.net too, where there's plenty of Football Manager content by myself and some wonderful guest authors!