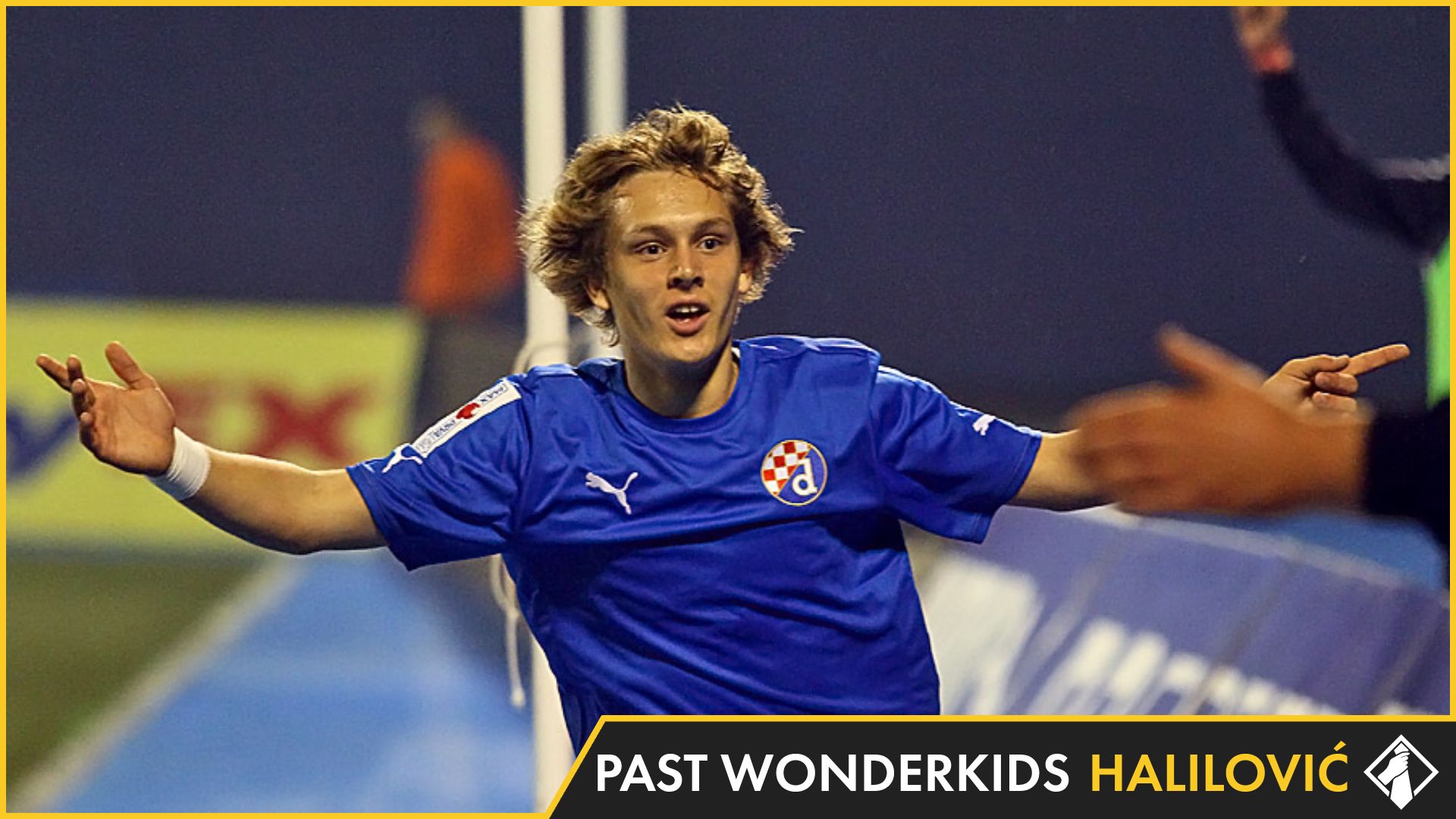 Whatever happened to Alen Halilović?

We've all got our favourite wonderkids from editions of Football Manager gone by. Those players that we signed at the start of every save and built our whole side around. We're taking a look today at somebody who still has a lot of his career ahead of him, but has probably already hit his heights. It's Alen Halilović, a wonderkid of Football Manager 2015.

Alen Halilović starts the game at Spanish giants Barcelona. He's part of their B Team, which means he's playing Segunda División football. He's not somebody who is available to buy easily at the start of a save; even if you're willing to splash out to activate his £41.5m release clause, he's unlikely to be interested due to his recent arrival in Spain.

At the tender age of 18 Alen is already a full Croatian international, and it's easy to see why. Technically outstanding, with incredible dribbling, first touch and technique; he's endlessly creative and able to create from nothing, and physically he's quick enough to hold his own but very agile.

Still just 24 years of age, Alen is unfortunately already regressing as a footballer compared to his teenage self. He's still a very talented player, especially for the Championship level he now finds himself at, but many of his most impressive attributes have dropped off slightly.

Alen Halilović came through the youth academy at Dinamo Zagreb, the most successful side in Croatian football, and made his debut for the first team at the age of just 16 years and 101 days. This wasn't some dead rubber league game or an early round cup tie either; it was the 'Eternal Derby', a game against Dinamo's biggest rivals, Hadjuk Split. In just the next game week, Alen broke another record by scoring against Slaven Belupo, becoming the youngest goalscorer in the history of the division. At 16 years and 112 days, he beat the previous record by 86 days, taking it from a then team-mate of his that you may have heard of - Mateo Kovačić.

After a second season of first-team football where Alen established himself as a regular, making 41 appearances and scoring 6 goals, he was one of the most sought after talents on the continent. Real Madrid, Arsenal, Inter and Juventus were all long time admirers, but for a long time Tottenham were the most likely to make a move - hoping to repeat the success of bringing Luka Modric to White Hart Lane. Instead, in March 2014 Spanish giants Barcelona reached an agreement to sign Halilović, for a tiny initial fee of just $2.2m.

Halilović was initially part of the Barcelona B Team upon his arrival, with an adjustment period needed at such a young age. He played 30 times, scoring 4 goals, and even made his senior Barcelona debut in a Copa del Rey tie. The season wasn't perfect however, as Barcelona became unhappy that Halilović's family hired a coach on his behalf, who had differing views on the best course of development for the player.

The problems continued into the next season. Barca weren't ready to give Alen first team football, and wanted him to go out on loan to a La Liga side to gain experience. Sporting Gijon were earmarked as the best fit for Halilović, but his father disagreed, he felt his son should be at a side playing European football. Despite this, the move did go ahead and Alen performed well, becoming a popular player amongst Gijon fans as he helped to keep the side up.

At a time where Halilović should have been close to Barca's first team, the club were keen to continue a trend of selling promising players but inserting a buy-back clause into the deal. Gerard Deulofeu, Denis Suarez and Yerry Mina are recent, prominent examples of Barca doing exactly that. Valencia were touted as potential suitors, but again his family intervened; his father astonishingly demanded 50% of the transfer fee as a commission. Valencia, and many other sides after them, pulled out of deals for Halilović - some because of his father's demands, some due to his own. Eventually German side Hamburg came in with an offer, but refused to pay his father the commission he wanted. As the list of potential moves was shortening, Halilović accepted the move, and in July 2016 a $5.5m move was confirmed. Barcelona also got the buy-back clause they wanted, at a fee of $10m.

Halilović signed a four year deal, but he only narrowly surpassed 4 appearances. He scored on his debut, in a DFB-Pokal tie against FSV Zwickau, but he made just 6 Bundesliga appearances. A large factor in this was the dismissal of Bruno Labbadia, the manager who brought Halilović to the club. Once Armin Veh was appointed the chances to impress dried up, and in January 2017 Halilović went back to La Liga, joining Las Palmas on an 18 month loan deal with an option to buy.

His return to Spain was solid if not spectacular, making 39 appearances during his 18 month spell. Las Palmas however denied to make an offer to make his stay permanent, and Barcelona had also by this time decided their buy-back clause wasn't worth activating. He also wasn't wanted back at Hamburg, and desperately needed to find a move to a club that would give him the chance to prove a point - that he still had the ability to carve out a good career.

He ended up at Milan, signing on a free transfer, but with Milan struggling to hit the heights they expect of themselves, they weren't in a position (or were just unwilling) to give him the chance he needed, and he played a measly three Europa League games and not a single minute of league action before being shipped off on loan to Standard Liège in January 2019, again with an option to buy.

His time at Standard Liège wasn't great, he played 14 games, scored zero goals, and had his deal cut short. Next stop in his now nomadic career was Holland, and a spell at Heerenveen, which was cut short after the league's early finish due to COVID.

He now finds himself in the Championship with Birmingham City, hoping to finally get the chance to play regular football and rebuild his career. So far he's played 16 games for Birmingham, scoring a single goal.

It would be interesting to see how Alen's time at Barcelona would have played out without the interference from his family. They may have been more willing to take a chance on him if they didn't have doubts about the conflicting coaching, and with a run in the team he could have truly proven the talent he clearly had. Even if Barcelona had still decided he wouldn't make it, he has still played for and been linked with some huge clubs. Every time his family interfered, his chances of making it at a top club reduced further.

The major positive though, is that Halilović is still only 24, and played for Croatia as recently as 2019, so his career is far from over. He may never make it at a major club like everybody once thought he would, but he can still turn his career around and finish on a high.

Did you ever manage to prize Halilović away from Barcelona? If not, who filled that gap in your side? Let me know over on Twitter @adam_otbfm, and leave some suggestions for wonderkids you'd like to see!

Don't forget to also head over to onthebreak.net where we've got a load of Football Manager content by myself and others! 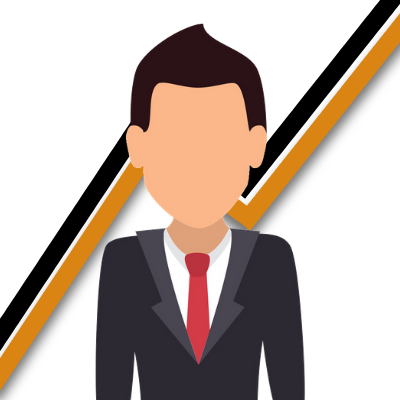