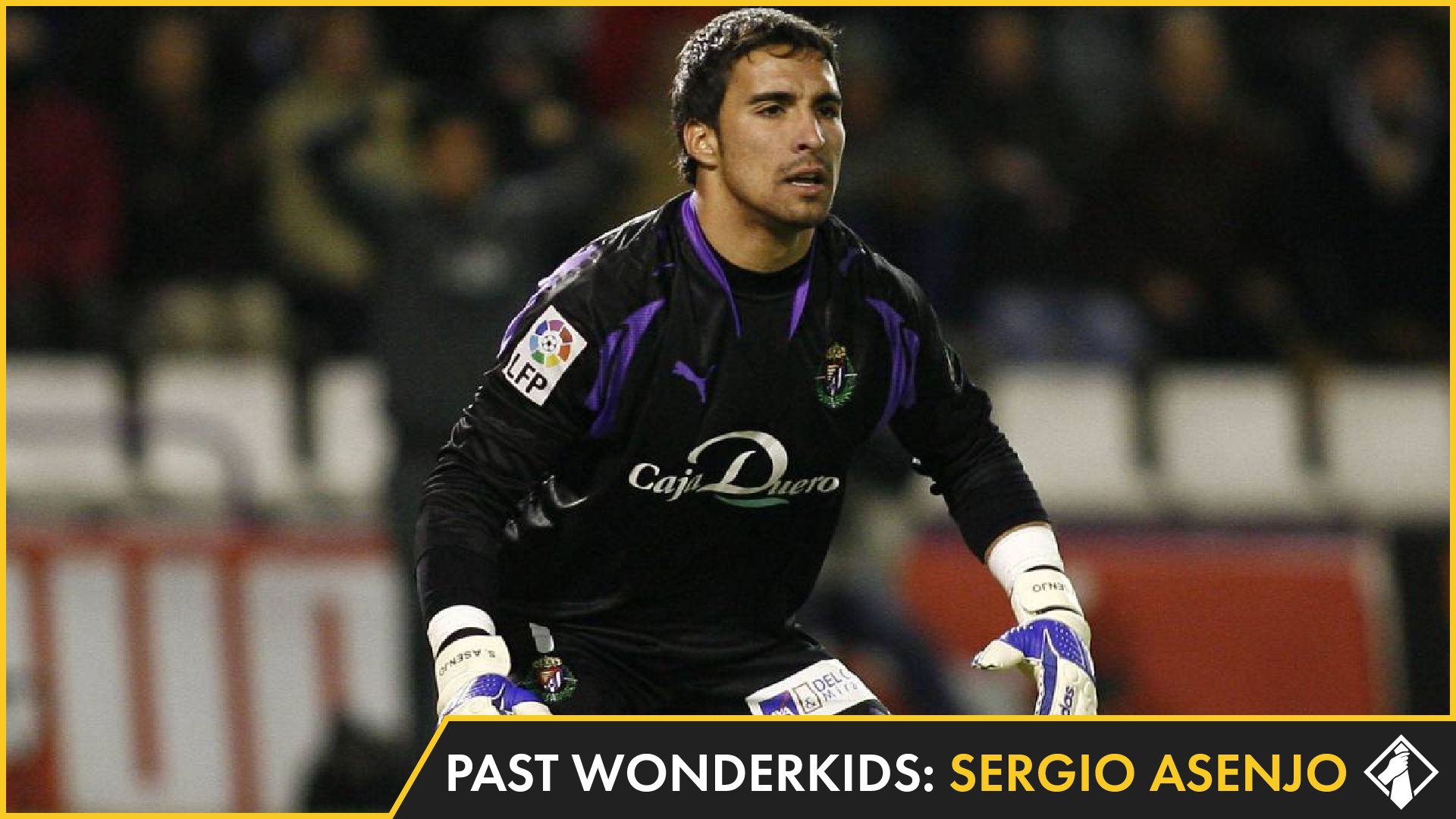 Whatever happened to Sergio Asenjo?

We've all got our favourite wonderkids from editions of Football Manager gone by. Those players that we signed at the start of every save and built our whole side around. Today we're taking a look at Spanish goalkeeper Sergio Asenjo, one of the must buy goalkeepers in Football Manager 2009.

Sergio started the game at Spanish side Real Valladolid and with a wage of just £5k per week and a release clause of £7.25m, he was easy to pry from them for most top division sides. He was already an exceptionally talented goalkeeper at 19 years of age, with low composure and first touch his only real weaknesses (although first touch was less of an issue then as it was before the rise to prominence of the sweeper-keeper).

In Football Manager 2021 Asenjo is still a very good option for anybody looking for a new goalkeeper. He's very well-rounded technically with no weaknesses, and with age and maturity has developed wonderful mental attributes, most notably his world-class Anticipation, Composure and Concentration.

Asenjo came through the Valladolid academy and in 2007 made his La Liga debut, keeping a clean sheet in a 2-0 victory over Villarreal. He established himself as first choice and made 47 appearances over two seasons, but also missed three months in that time with a knee injury, an unfortunate reoccurring theme throughout his career.

In July 2009 Asenjo moved to Atlético Madrid and began his spell there as first choice, although often rotated with another young goalkeeper called David de Gea... whatever happened to him? In May 2010 he ruptured his anterior cruciate ligament and was ruled out for six months, which not only halted his development but cost him his place in the side. Upon his return he was loaned to Málaga to regain match sharpness, but unfortunately suffered another ACL injury to the same knee after just 5 games. Asenjo was back in Atlético's squad for the next two seasons, but played backup to Thibaut Courtois and in 2013 agreed a year-long loan spell with Villarreal. In his time at Atlético he helped them to win the Europa League twice, the Copa Del Rey and the UEFA Super Cup.

Asenjo was excellent in his first season as Villarreal qualified for a Europa League place, and did enough to convince the club to sign him on a permanent deal. He remained first choice going into the 2014/15 season but sadly injured his ACL again, for the third time in his career, in April 2015 and went an agonising 11 months without any first team football.

Having represented Spain at every youth level, Asenjo received his first senior call up in March 2015 but didn't see any action. His first (and so far only) cap came in May 2016, playing in a 3-1 friendly win over Bosnia and Herzegovina.

Asenjo suffered the fourth ACL rupture of his career in February 2017 which ruled him out for another 9 months, but thankfully came back again and remains Villarreal's first choice goalkeeper.

It's hard to really say that Asenjo is a failed wonderkid, as he's had a solid career in La Liga for nearly 15 years, with a few more years to come yet if he can stay injury free. However, injuries have certainly had a negative impact on his career, and on the international front he's been behind some truly world class goalkeepers in the pecking order. In a world where Asenjo could stay injury free, it would be really interesting to see if he could have applied more pressure to Casillas, de Gea, Valdes, Reina and earned more caps.

Was Asenjo your go-to goalkeeper on FM2009? If not, who was? Let me know over on Twitter and also drop me some suggestions of wonderkids from days gone by that you would like to see covered.