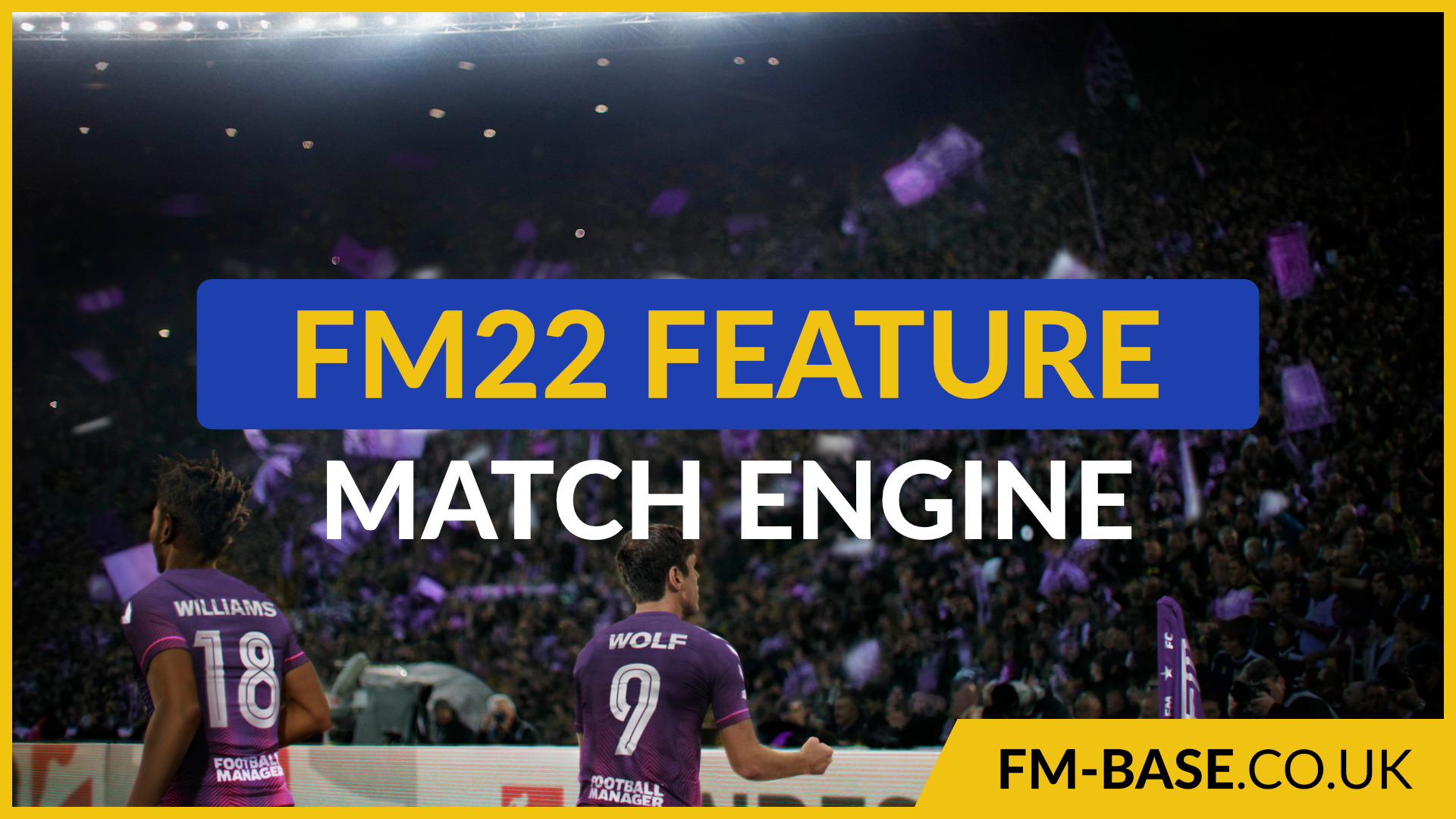 During the recently released Headline Features video released by Sports Interactive, we were introduced to two major upgrades for our beloved Match Engine. The FM22 Match Engine certainly looks set to take centre-stage this year.

Over the years, the Football Manager match engine has evolved and whether you love it or hate it...you'll eventually try to beat it. Whether you download tactics from websites that use AI to test tactics to determine the best ones like FM Base, or you start from scratch and create your own, the Match Engine will certainly present you with the greatest gift of all; Mixed emotions.

The animation system in the FM22 Match Engine has had an overhaul and Sports Interactive have been incredibly busy laying a foundation that will enable them to develop it further with each new edition of the game. You should be excited because some of the new animations are buttery smooth and very pleasing on the eye.

The AI has been exponentially improved to compliment the new animation system and you can expect to see players really listen to your instructions, and really make an effort to play in the way you desire. New animations have been created for a lot of different situations, and you can expect to really see this in the way players dribble, pass the ball and how they make decisions.

Pressing has been improved

The way your team press the opposition has also been improved and will be determined by various factors such as Line of Engagement and the Defensive Line.

The biggest change to Pressing is a new feature called Sprint Capacity. This is linked to the player's condition and fitness, and then determines if a player is physically capable of making a run to press on the ball.

Finally, tired players will have a more difficult time making accurate passes and excellent decisions in the latest edition of Football Manager 2022.

We're incredibly excited for Football Mangager 2022 and would love to hear your thoughts so feel free to tweet @fmbase and let us know.