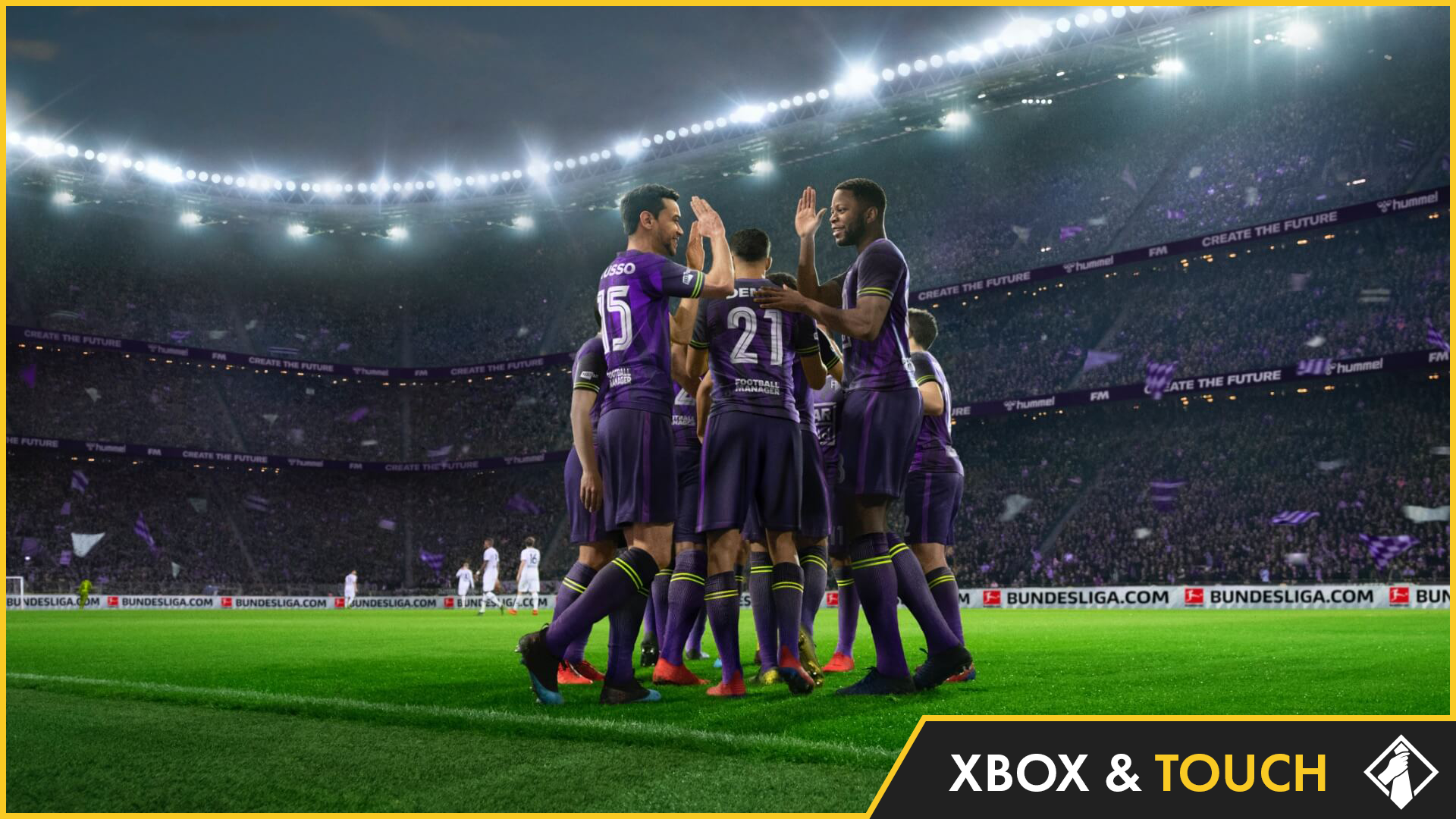 What is FM Touch?

Streamlined and simplified for speedier seasons, FM21 Touch is the time-saving alternative to the desktop classic, focusing largely on the managerial essentials – tactics and transfers.

The world’s favourite football management game returns to console for the first time in over a decade. Football Manager 2021 Xbox Edition thrusts you onto the big stage with a bespoke version of the game carefully crafted for effortless performance with the Xbox controller.

Tailored for your Xbox - Unleash the power of the next generation of consoles on Xbox Series X|S and select up to 10 of the world’s biggest footballing nations when starting your journey to the top. FM21 Xbox takes advantage of Microsoft’s Play Anywhere technology to let you seamlessly transfer your progress between your Xbox console and any Windows 10 PC using the same Xbox Live profile. With Smart Delivery, whether you own the One, One X, Series S or X, FM21 Xbox will work across all of them - and will have a version specific to yours which is optimised to run at its very best.

Optimisation - Fully optimised for use with the Xbox Controller on Xbox Series X|S and Xbox One, you can effortlessly put yourself on the path to footballing greatness with a UI that has been tailored for Xbox consoles and makes navigating through the game world a breeze.

Football Manager 2021 Touch is currently compatible with the devices listed below.

Matchday Spectacle - This year's version of FM Touch introduces a plethora of graphical improvements including a redesigned matchday UI which immerses you into the action like better than ever. The introduction of Touchline 'shouts' allows you to motivate, inspire or demand more from your players right from the side-line (or wherever you're playing the game).

Performance Data - Maximise your team's strengths and exploit opposition weaknesses with levelled-up data analysis. Those that love data will love that there has been improvement aplenty in terms of the data available allowing managers to assess their players. Improved analysis in team reports, news items and end of season summaries show your team’s strengths and illustrate exactly how you stack up against the opposition and how to exploit their weaknesses. The introduction of expected goals (xG) allows you to see how well or poorly your team has performed in front of goal related to the chances they've created.

Celebrate Successes - What is more enjoyable in football management than lifting a trophy? On FM21 Touch, trophy presentations have been improved allowing for a more of a spectacle when your team win a trophy.

End of season reviews have more analytical information based on what went right and/or wrong at the end of the season.

Immersive Match Engine - You'll still be able to hit 'Instant Result', however it is highly recommended to take in the new match engine on FM21 Touch. Animation have been refined which have resulted in smoother and more realistic player movements alongside improved decision-making sees even more immersion added to FM21.