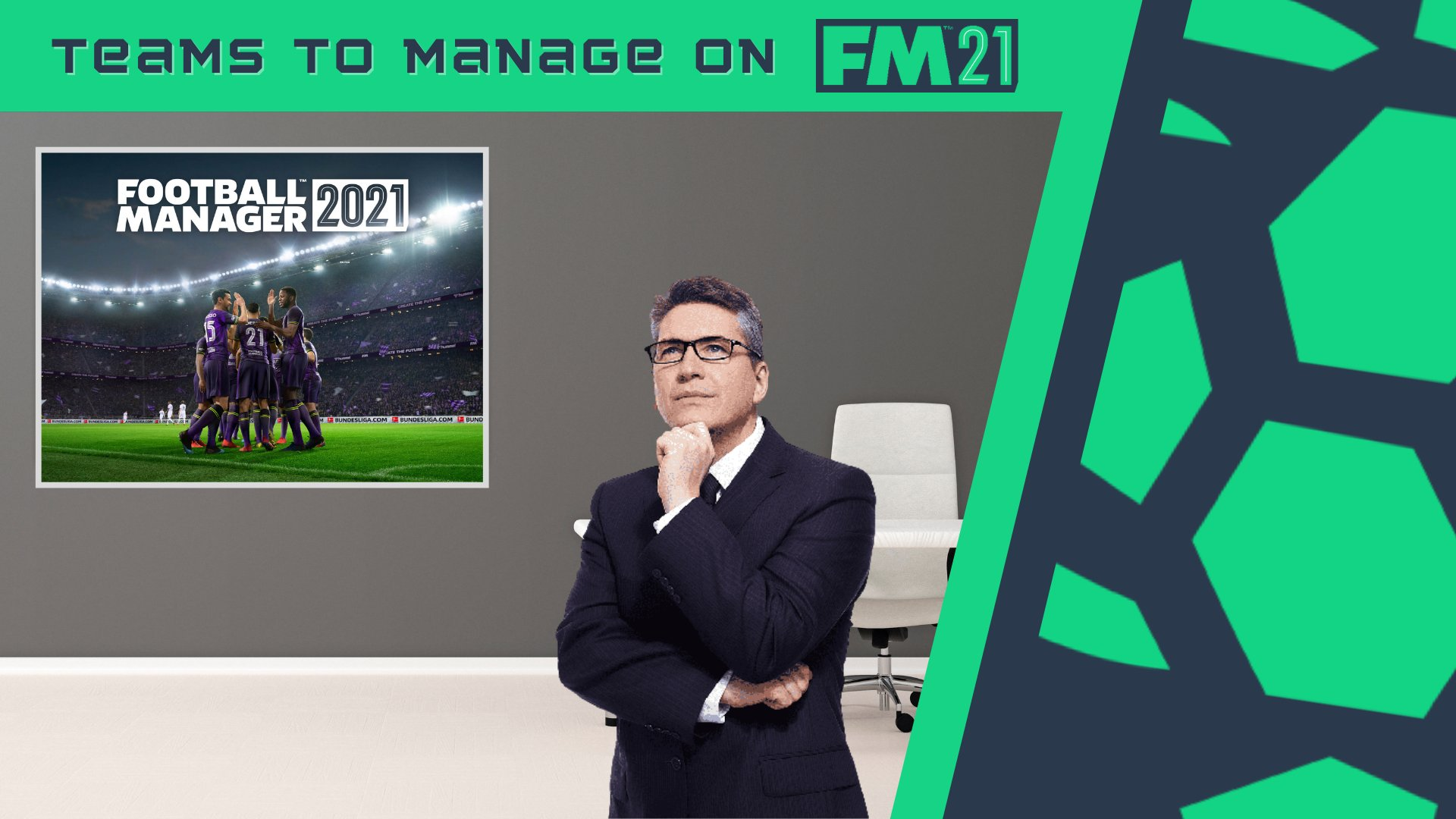 Teams to Manage on FM21

FM21 has been announced and gamers are preparing for what new features will be added to the next instalment of the game. In the run-up to the release of FM21, FM Base will be releasing various articles linked to FM21 based on a variety of topics. In this article, we look at potential teams that you could manage on FM21.

​
I'll be honest, my usual temptation when a new edition of Football Manager is released is to manage the team that I support, Man Utd or my local team Coventry City. Those teams will make my list for a variety of reasons. But, who else could you manage on FM21? See my recommendations below.

Let's be honest who wasn't impressed with RB Leipzig last season? Their efforts in last season's UEFA Champions League have seen a lot of their players linked with moves. They have seen Timo Werner move to Chelsea, Dayot Upamecano linked with many top clubs. The challenge at RB Leipzig is to knock Dortmund and Bayern Munich off their perch and become the number one team in Germany.

I said that Coventry City would feature on this list. Coventry is the city in which is reside, my Mum is a massive supporter so I have witnessed their plight over many years. Coventry City has faced a lot of difficulty over the past few seasons. A stadium move that has resulted in them not being able to play in that very stadium, disputes with the club's owners, relegations as far down to League 2, administration and many other problems. Recently, things are looking better at Coventry City. They're still not playing in Coventry but ground share with local midland side, Birmingham City. Coventry is back in the Sky Bet Championship after a few seasons of being away. Could you take them even further and complete the clubs 'project Premier League' that was started many seasons ago?

At one time AS Monaco seemed to be buying everyone, they could get their hands on. Things have gone very differently in recent seasons. A topsy-turvy 2018/19 saw things get grim on the Cote d’Azur last season and not even Thierry Henry could help them. Can you get AS Monaco back near the top of the table competing with Paris Saint-Germain and the best in Europe?

Another team that I said would feature on this list. Manchester United are the team that I have supported for as long as I can remember (as much as my Mum tried to get me to support my local Coventry City). Manchester United have been through what I can only describe as a transitional period since Sir Alex Ferguson decided to retire from management. Since Sir Alex's departure, the club has seen a total of three managers sacked and current former 1999 hero Ole Gunnar Solskjær at the helm. Don't get me wrong, you won't struggle financially at Man Utd. The tasks from my perspective would be to bring back the club philosophy that was prominent under Sir Alex: Develop Youth, Dominate Europe

Playing in the top tier of Belgium can be entertaining when you have to compete against Anderlecht, Club Brugge, KAAGent and Standard Liège, all team which produce talents for the future! Antwerp will be entering their fourth season within the top flight of Belgium and possessing a rather exuberant fanbase Antwerp are a club in need of some success - the club has underachieved for most of the 140-year history. They have won three Belgian Cup trophies and four Champions, however, it has been many seasons between these successes. Could you be the one to bring consistent success to Royal Antwerp?​