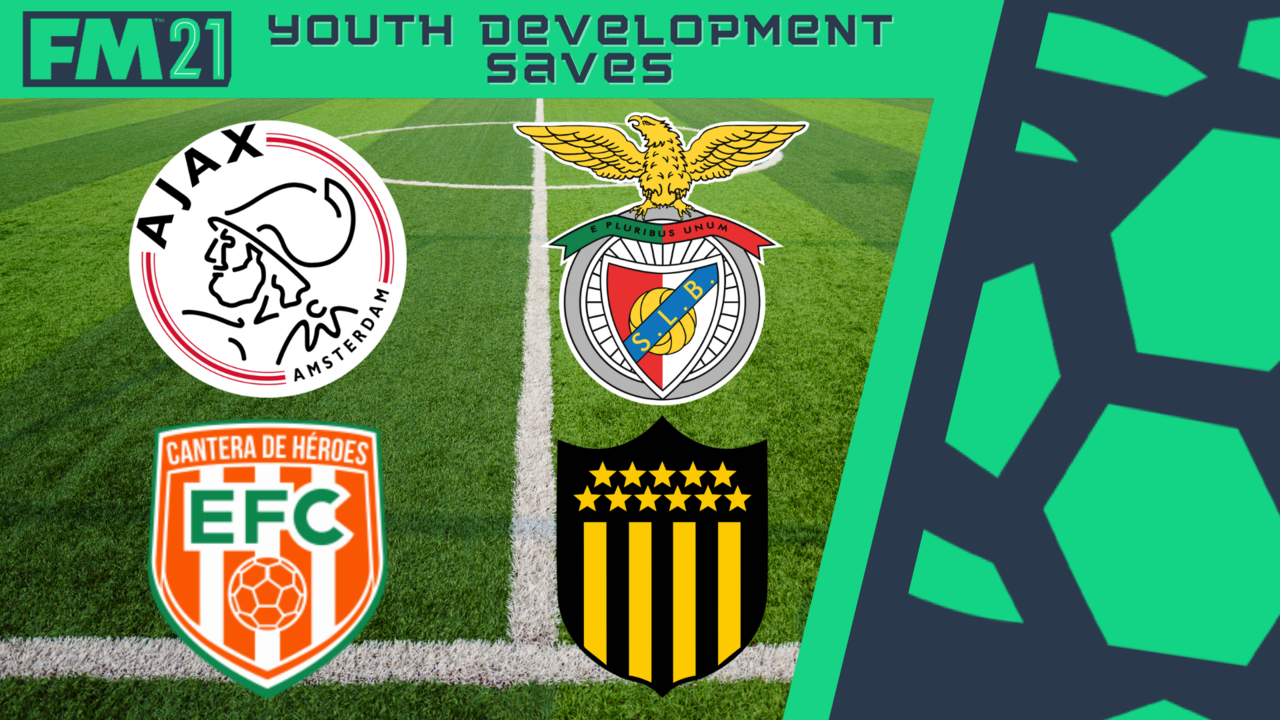 FM21 has been announced and gamers are preparing for what new features will be added to the next instalment of the game. In the run-up to the release of FM21, FM Base will be releasing various articles linked to FM21 based on a variety of topics. In this article, we look at potential teams to manage which you could turn into a youth development save.

What is a youth development save?
Youth development saves are determined in a variety of ways. If you want to make it challenging then a youth development save is a save in which you only use players that come through your club's youth intake. Training facilities on Football Manager are rated in the following way: Poor, Basic, Below Average, Adequate, Average, Good, Great, Excellent, Superb, State of the Art. Other factors that affect youth development is youth recruitment which is rated between None to Extensive and the junior coaching with will range from None to Exceptional. An exceptional level of junior coaching may increase the probability to get players in the annual youth intake with higher current ability than a club with lesser rated facilities.

For less of a challenge, you could do a youth development save by only having players of a certain age within the first-team squad. This can be done with teams that have sufficient financial backing as wonderkids on FM can be expensive!

Below we'll list teams with good youth facilities that you could do a youth development save with.

Zabreb has rightly placed itself a team that has developed some top Croatian footballers including Ballon D’Or winner Luka Modric. In recent years the club has sold players like Dani Olmo to Leipzig, Filip Benkovic to Leicester and Marko Pjaca to Juventus. However, even with those players sold they have many players coming through including Josko Gvardiol, Antonio Marin, Nikola Moro, Lovro Majer and Luka Ivanusec Zagreb look to be following the Croatian football philosophy of letting youth have a chance. You won't be treated to a high transfer budget at Zagreb, but concentrate on the youth academy and you could develop a squad that could challenge in continental competitions.

Based out of Argentina, the country that produced Lionel Messi, River Plate are a team that have won 36 league titles, 10 cup trophies and 16 international tournaments, making them one of the most successful teams in Argentina. Alongside their success, River Plate is known for youth development with players such as Ariel Ortega, Hernan Crespo, Oscar Más and Alfredo Di Stéfano all coming through their ranks. River Plate have also developed some of Argentina's top defenders including Martin Demichelis, Javier Mascherano and Matias Almeyda. With a touch of South American flair can you carry on River Plate's success and develop players to build a strong first-team squad but also players that can represent the Argentinian national team?

Well known for developing players, when you mention Southampton to most football fans the vast majority of them would mention the players that they have developed. Former players include Theo Walcott, Dennis Wise, Matt Le Tissier, Gareth Bale and Virgil van Dijk; the latter of which left the club for a fee of £75m a record for a defender. Currently coming through their youth setup and players to look out for include Jake Vokins, Yan Valery and Callum Slattery. Southampton are a team that can develop players well with Edd Vahid and Matt Hale managing the club's youth development you'd be well within your right to just leave them to it.

Let's be honest, when you think of youth development in football you can't create a list of teams to manage with mentioning AFC Ajax. Ajax is a club that has developed some of the most talented footballers. Rinus Michels, Johan Cruyff, Ruud Krol Frank Rijkaard, Dennis Bergkamp, Marco van Basten, Frank de Boer, Edgar Davids and Patrick Kluivert showing how successful youth development has been at Ajax for many years. There is a lot of pressure on De Toekomst graduates, they are drilled with the club's philosophy from as young a U7. The club has many players to look out for including Ryan Gravenberch, Naci Ünüvar, Brian Brobbey and Devyne Rensch. Youth intake whilst managing Ajax will be exciting. Can you continue Ajax's philosophy and develop players through one of the world's top academy?

"Sporting Lisbon is the only club in the world that has developed and trained two FIFA World Players of the year, Luis Figo and Cristiano Ronaldo." Diogo Matos, Head of Youth academy, Sporting Clube de Portugal, 2012 Click to expand...The development of youth at Sporting Lisbon is arguably one of the best to grace football. Ballon D’Or, Cristiano Ronaldo, Nani, Luis Figo, Eric Dier, Paulo Futre, Simão Sabrosa, Luis Boa Morte and Ricardo Quaresma just to name a few are players that have been fortunate enough to come through the Sporting academy. Looking back to that Portuguese team that won the UEFA Euro's in 2016, eight players from the Portuguese team came from the Sporting academy. Currently, the first team squad includes very minimal players from the club's academy. However, with players like Eduardo Quaresma, Bernardo Sousa, Bruno Tavares, Joelson Fernandes, Goncalo Costa, Luís Maximiano, Nuno Mendes to name a few; it won't take much to create a team of players from the youth academy.

Here at FM Base, we're lucky to be affiliated with Gamebillet which gives us the opportunity for you to purchase the game for £30.72, much less than the retail price! Similar to previous years, FM Touch, the simplified version of the game, will be included for free (PC/Mac only) when pre-ordering FM21. Also, included in the pre-order will be BETA access to FM21 which will give you the ability to play the game two weeks before the official release. Click on the following link to pre-order the game.