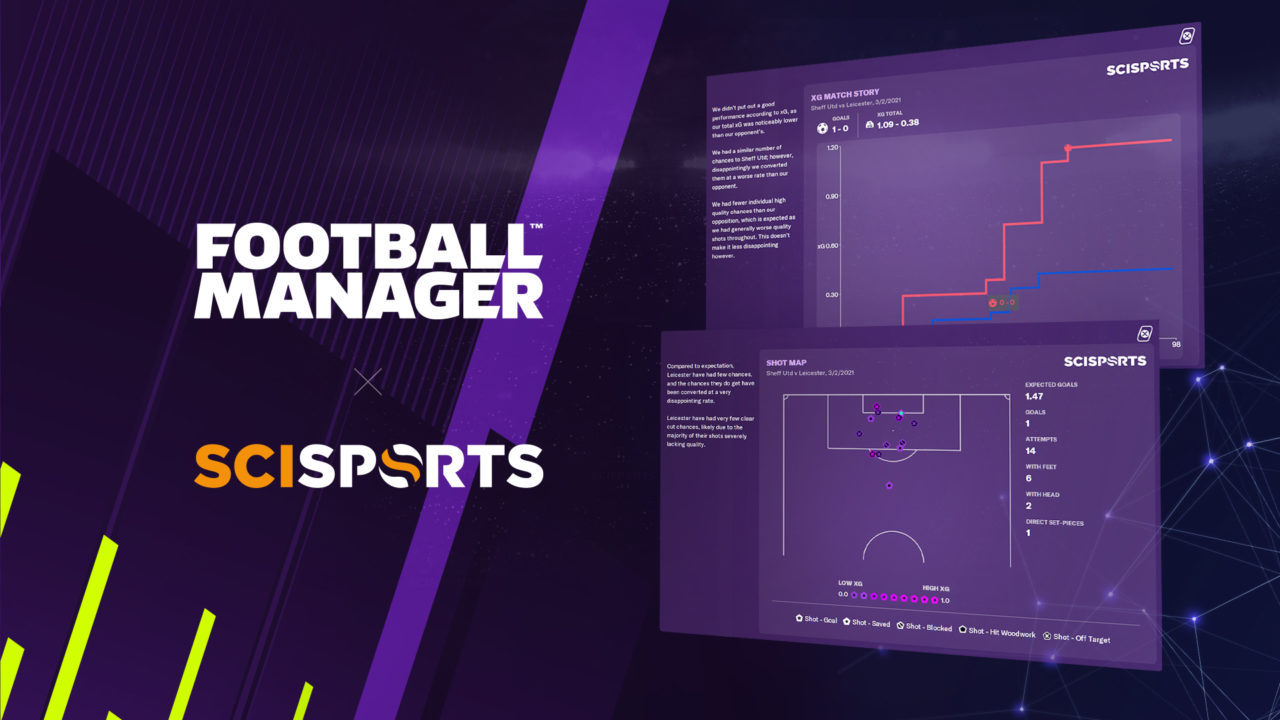 FM21 has been announced and gamers are preparing for what new features will be added to the next instalment of the game. In the run-up to the release of FM21, FM Base will be releasing various articles linked to FM21 based on a variety of topics. In this article, we look at the new partnership with SciSports and Sports Interactive.

As mentioned in our FM21 feature update posts, we will see the addition of even more possibilities when it comes to data analysis. Sports Interactive, the developers of the beloved Football Manager have formed a partnership with SciSports to bring us xG charts to allows players to analyse the matches In greater detail. With statistical analysis becoming an increasingly important aspect of football, clubs have been utilising measurements such as xG to assess their players' performance.

Miles Jacobson, Studio Director at Sports Interactive: “We’re delighted to be working with SciSports. As a studio, we strive to maintain realism and enhance the game experience for our players. Metrics such as Expected Goals are now commonplace in football and we look forward to collaborating with SciSports for Football Manager 2021 and beyond.”Click to expand...

Giels Brouwer, Founder & Strategic Advisor of SciSports: “I have always been a passionate Football Manager gamer and it is a great source of inspiration for our entire team. When we founded SciSports, we always said that our ultimate goal was to build Football Manager with real match data for pro football clubs. This partnership shows that the vision and philosophy of our companies are extremely synergetic and I am delighted to bring both our products to the next level with this partnership.”Click to expand...

xG charts is a statistical approach to analysing goalscoring opportunities based on a variety of factors type of assist, whether it was a shot taken with the head or foot, the angle and distance of the shot, and whether it was a big chance.

On FM21, the use of xG maps will make the analysis of your tactics even easier. Having the ability to analyse each shot will give you the ability to determine whether or not your tactical approach to attacking play if working. When you have selections ranging from working the ball into the box or shoot from distance, cross early or from the byline by using the xG charts you'll be to determine which approach works best for your team. At the moment, we are unsure how xG charts will be implemented into FM21 but what is certain is that it will add a level of detail that players have not seen before.