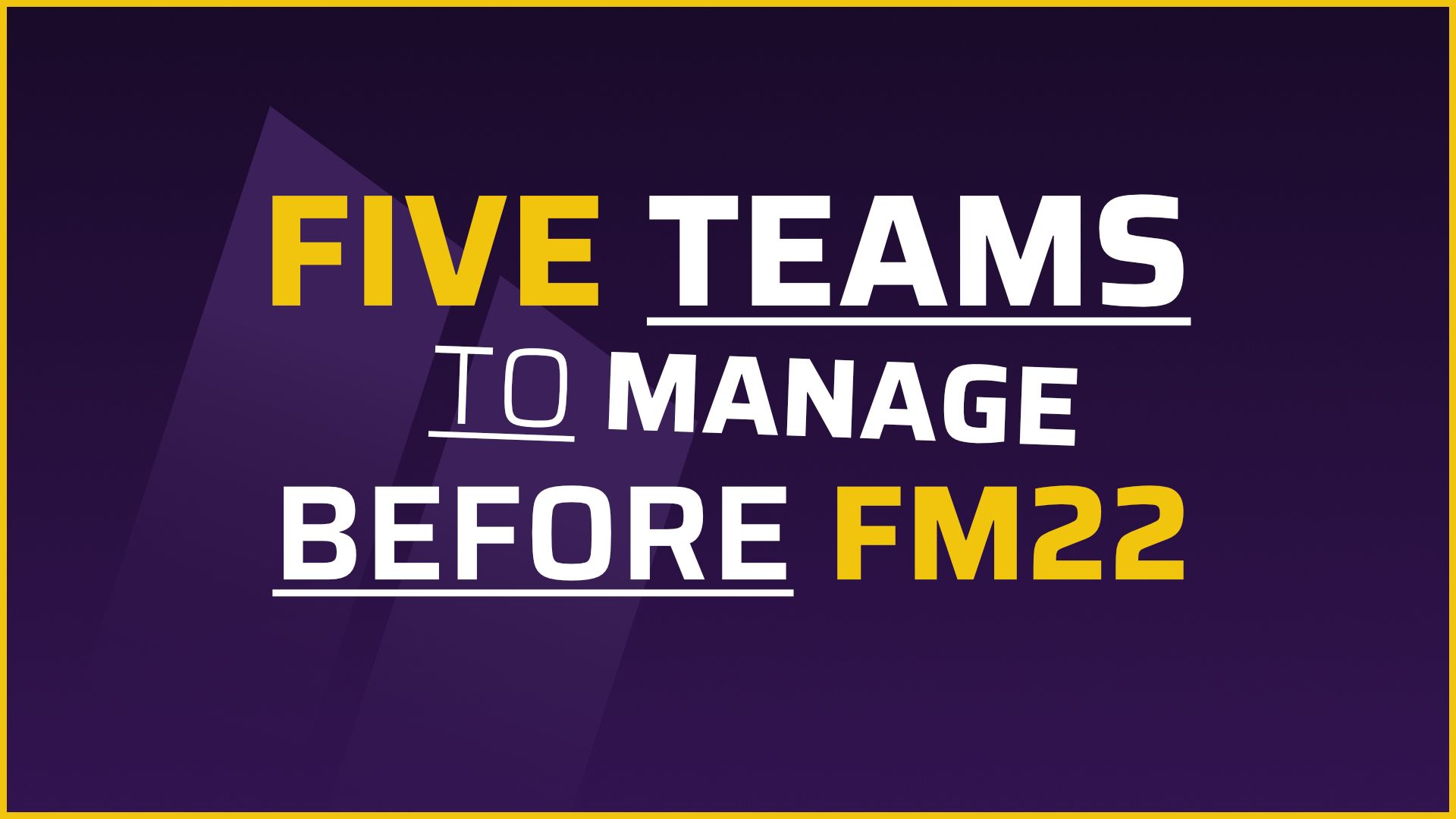 The transfer window has closed (apart from potential loans or free transfers), now is the time that FM gamers get excited in a run up to the released in the next version of the game. Usually, this is a time when people are looking for that final save. In that vein, in this article, we're going to suggest five clubs to manage before FM22.

Let's face it, the way Barcelona has been managed in recent years has been shocking. This transfer window has shown how much the club is in need of change. Players have had to take wage cuts so that they could register the players that they actually signed and possibly the biggest news of all, Messi left for PSG. Deadling day saw Antoine Griezmann return to Atlético de Madrid

The squad that Barcelona has still has some top quality players but there will be financial pressures. This could be save where you rely soely on La Masia to ensure financial stabilty.

In the 2017/18 Bundesliga, Schalke finished second behind Bundesliga giants Bayern Munich - essentially proving themselves as one of the toughest sides around.

Three years after that fantastic season Schalke have gone through what could only be described as a fall from grace. They playing in the second tier after suffering a humiliating relegation to 2. Bundesliga. The relegation saw an angry mob of fans who were stunned at how their club could collapse so quickly.

Schalke are one of Germany's biggest talent-production factories, and with that comes an influx of transfer fees when those players are sold. Leroy Sane, Julian Draxler, Thilo Kherer and Manuel Neuer all managed to be sold for a combined £150m between 2011 and 2019.

Will you take on the challenge of managing Schalke on FM21 to try and rewrite the wrongs within this club?

At one point during coming up to the 2021/22 season, Derby only had nine recognised players on their books due to a transfer embargo. The EFL later relaxed the embargo but said any deals will have strict wage limits.

Derby are a club with a fantastic youth academy, at the end of the 2019-20 season Derby had given more first-team minutes to players aged under 21 than any other club in the Football League Championship, with academy graduates such as Max Bird, Louie Sibley, Jason Knight, Jayden Bogle, Morgan Whittaker and Lee Buchanan getting a total of 7,946 minutes in the league during the campaign.

Can you handle the strict wage limit and guide Derby and their amazing academy to greatness?

Parma were one of football’s most popular teams of the 90's. The club enjoyed a glorious decade before being thrown into financial turmoil and forced to start life again as a semi-professional side. In April 2004, the club was declared insolvent following the financial meltdown of Parmalat and the club remained in special administration for three years

A financial collapse with total liabilities of €218 million, including €63m unpaid salaries led to relegation from Serie A in 2015 and rebirth in the semi-professional Serie D, Italian football's fourth tier.

Three straight promotions took them back to the top flight but they failed to establish themselves as a force and drop down to Serie B.

One legenadry player stands firm with Parma, Gianluigi Buffon the 43-year-old GK. The club does have a great history of success but needs to be managed properly.

Can you be the one to bring back the Parma's glory days?

PSG are now one of the biggest football clubs in the world. They rejected a bid of near £200 million for superstar Kylian Mbappé on deadline day. There is however another Parisian team that have previously played in Ligue 1 - Paris FC.

Paris FC exists as a result of the club splitting from Paris Saint-Germain in 1972. The club has struggled to establish itself, having spent the majority of its existence playing in the amateur divisions. They last played in Ligue 1 in the 1978/79 season.

Since July 2020, a new strategic economic partner has joined Paris FC to support the club's development and ambitions: the Kingdom of Bahrain.

The aim is clear, can you become the best team not only in Paris, but in France? After that, maybe the world?

Who will you be managing before the release of FM22? Let us know on Twitter, Facebook or by joining our Discord