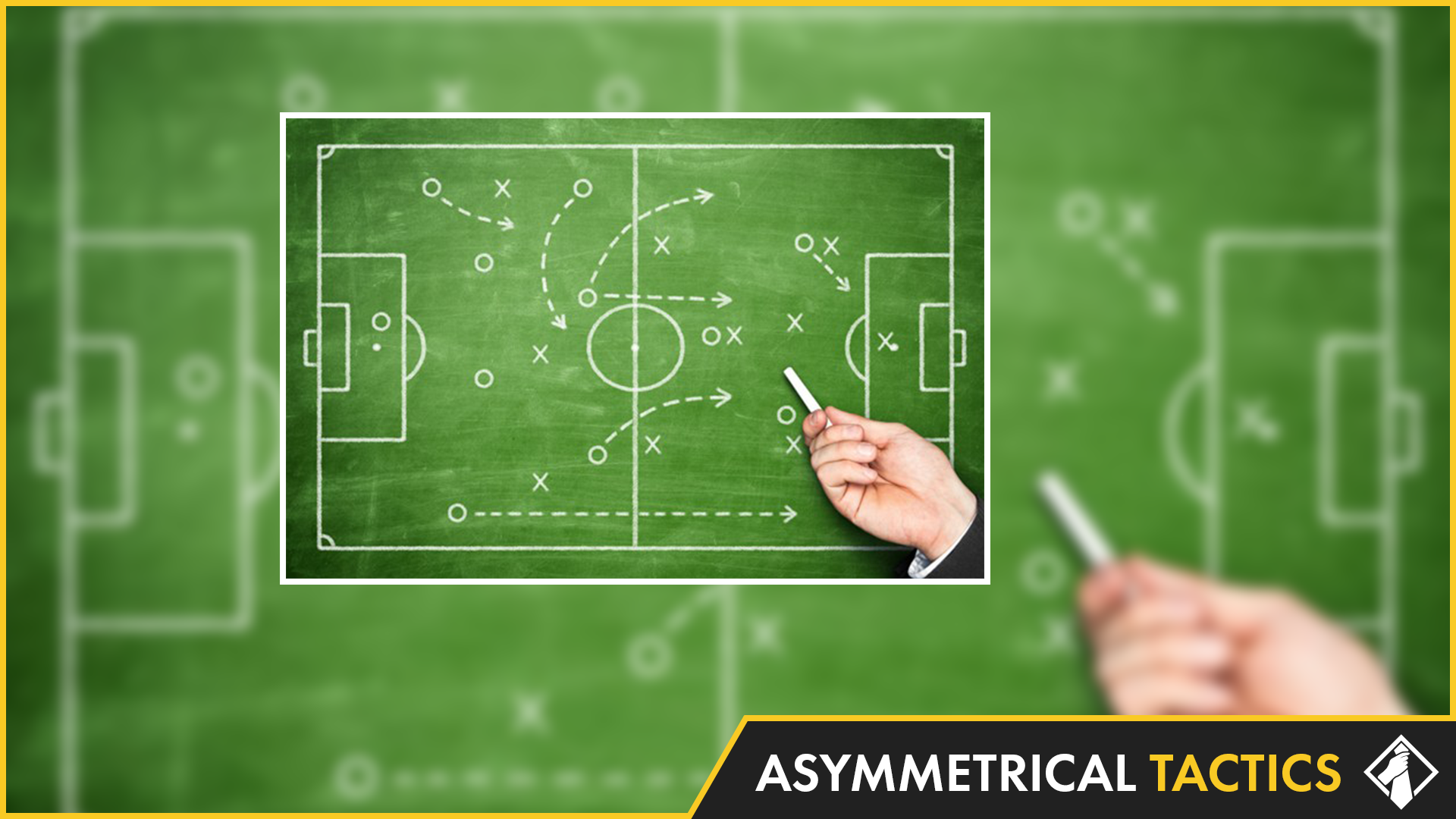 Football tactics come in a variety of shapes. But, when it comes to looking at symmetrical and asymmetrical tactics one has to understand the difference between both symmetry and asymmetry

For many years I have been a believer of asymmetry on Football Manager. Now, what I am talking about when it comes to asymmetry?

The dictionary definition of asymmetry: not identical on both sides of a central line; unsymmetrical; lacking symmetry. Having parts on either side or half that do not match or are not the same size or shape.

Now, I am not writing this article to force you to use asymmetrical tactics. The point of this article is to explain why I used them. For the most part, this article will take some understanding of player roles and how they work in tandem with both individual and team instructions.

The most sensible question when thinking about creating an asymmetrical would be 'when' as opposed to 'why'. Asymmetrical tactics take time to work and using them on a whim could turn out to be disaster. If like many real life managers you go into a match with multiple plans, having a backup asymmetrical tactic could be the path that you need to take to start using asymmetrical tactics.

There are some proven advantages to taking up an asymmetrical or atypical shape in football. Often, you'll find that you will not have the exact player types to carry out a symmetrical tactics therefore changing a player into a role that they are more comfortable in results in an atypical shape.

I often get many comments surrounding reality when it comes to my tactics. Asymmetrical tactics aren't as uncommon as people think. In my opinion, using numbers for tactics to determine the defenders, midfielders and striker lacks an understanding of tactical fluidity.

It is my belief that a team's tactics have within themselves many different shapes. Players aren't just plonked onto a pitch a told that they can only play in that area of the pitch. Football Manager itself is a prime example of this. When assigning player roles, you have an abundance of player roles to choose from that determines where a player will be both with and without the ball.

Many real life coaches employ them due to their ability to disrupt the opposition. They are also used to emphasize a team's own strengths and hide their weaknesses. On Football Manager, naturally we're not talking about "real life" we are talking about Artificial Intelligence (AI). Essentially, on Football Manager you are playing against robots that are programmed to react situationally. In real life, when teams play each other during a single season players and managers subconsciously react to tactical shapes and player roles. When playing against FM's AI, there is no such thing as a subconscious. Essentially, the AI opposition is programmed to handle a generic set of circumstances which is why some see using asymmetrical formations as "game breakers". There is the belief that the imbalance of tactic simply exploits the AI. Whether or not this is the case is not for me to decide, though I should note that my using of asymmetrical formations is not done to exploit any facet of Football Manager.

In conclusion, it is clear that it takes an extremely competent set of players to successfully use asymmetrical formations therefore it would be wise to consider the ability of your players when using asymmetrical formations. The aim when creating any tactic should never be to over-complicate the process. Be creative with your best players in formations that may bring that tad bit more out of the team's strengths than any other typical tactic or system. That is not to say that simple asymmetrical tactics can't be used with less competent players, it is for you to judge how your tactics work by using the variety of tools available on Football Manager.

I hope that by reading this I have given you a fresh perspective on my view of asymmetrical and that I have enabled you to broaden your mindset when it comes to creating your own tactics on Football Manager.

As always, I value your opinions and look forward to hearing your thoughts