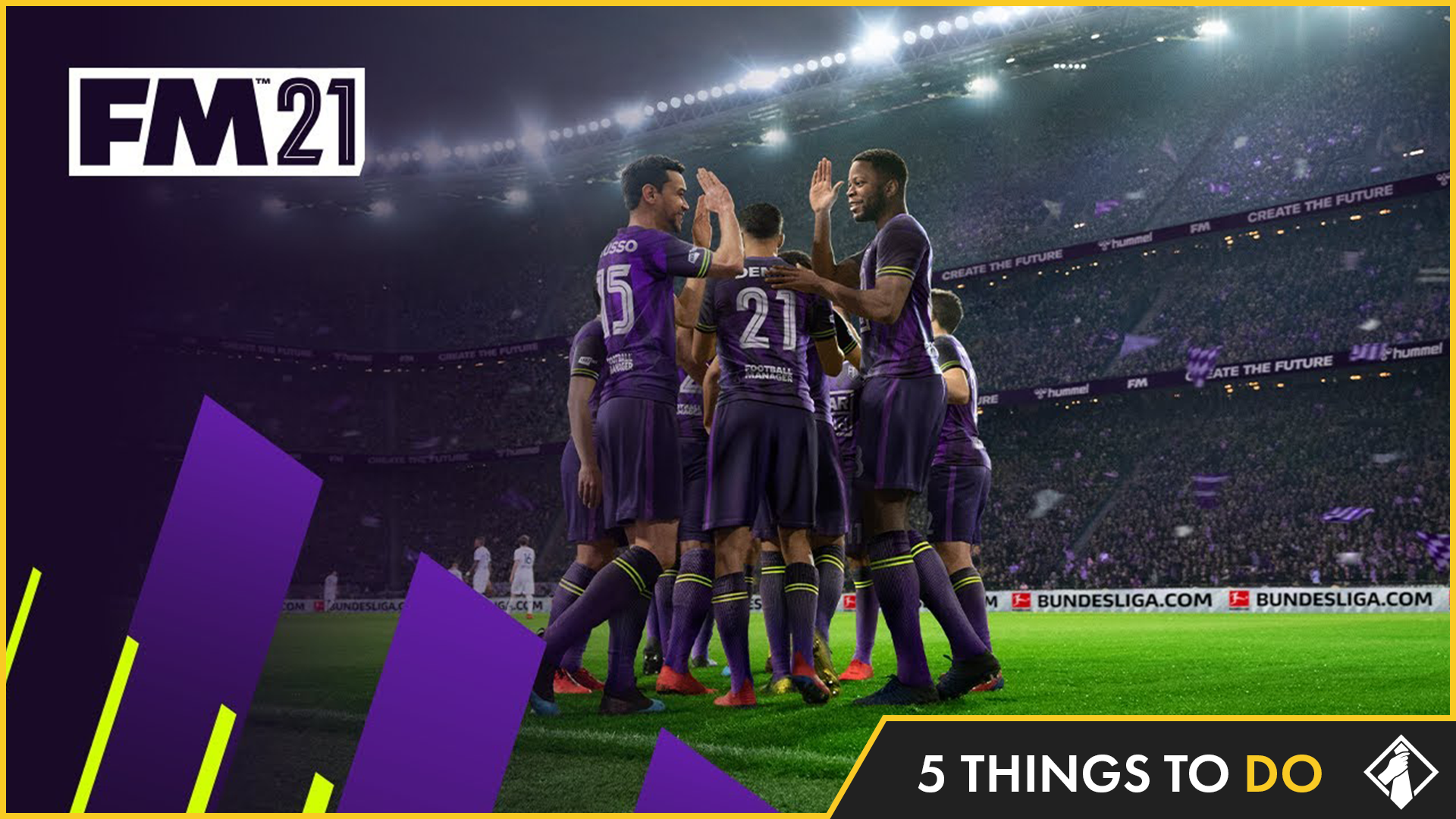 FM21: 5 Things To Do Before Pressing Continue

Okay, so you’ve created your manager, sorted out the profile, selected whether you’re going to be a tactical or tracksuit manager. You’ve been hired to whichever club you have selected - congratulations! But wait, do not just press continue before reviewing certain screens which will allow you to implement your managerial vision on the club that you’re managing.

In this article, we’re going to go through a list of things to do before pressing continue. Please note that certain screens may look different depending on the skin that you’re using. For the purpose of this article, we are using the Football Manager Dark Skin.

The club screen gives you an overview of the club that you are now the manager of. Starting from the top you’ll be given basic information of the league that club your managing is in, the year the club was founded, their professional status, reputation, finances and any continental competitions that the club may be in for the upcoming season.

The general details that you want to look at on the screen to plan for the future is shown in the “key employees” block. In this block, you can see the club’s Hot Prospect, Key Player, Vice-Captain and Captain. You’ll be able to see the club’s past league final positions in the “League History” block. This block will enable to see if the club is a fallen giant or whether they have been meeting historic expectations.

In the “Teams” block you’ll be able to see all club’s team’s (Senior, U23s and U18) current status including - next match, games played, match type, date of the match, top goalscorers, most assists, Most Player of the Match. This section can also be used to check through your save to see if there are any players in the U23s or U18s that are deserving of a senior call up.

After viewing the basic information about your club, we would recommend looking at the squad’s current dynamics. Squad Dynamics was arguably the best feature added primarily to Football Manager 2018, in Football Manager 2019, it was expanded on and requires great attention throughout your save.

In the “overview” tab of the dynamics section, you’ll be able to get a basic rundown of the squad’s dynamics. You can see the team cohesion which shows how well the team are working together. The dressing atmosphere links with team cohesion and shows what the dynamics are like in the dressing room. At the start of your save, if you select to have a low reputation then your managerial support will initially below, but do not worry about this as it will change as your save progresses. Other information contained on this screen are the most influential players, numbers of players in the different social groups and finally, any player’s issues - as seen in the image, Marcos Rojo wants to leave due to interest from other clubs.

We should note that, looking at the squad’s dynamics on your first day shows how much work you have to do if you select to have a low reputation but it will also give you an overview if the squad’s hierarchy which allows you to see your team leader, highly influential players, influential players and other players. As your save progresses and you buy/sell players as well as keep players as the club season-after-season the hierarchy will change so it is important to check it ever so often.

The social groups are easily broken down into sections all which will be different depending on the personality of players that you have in your squad. As your save progresses, more social groups might be formed. It is important to keep a close eye on the social groups to ensure that you are building a squad is well balanced covering all the traits of cohesion.

Now that you’ve had a general rundown of the club and the squad’s current dynamics. It’s now time to build your tactic or tactics. On this screen, you’ll be given the chance to review your players depending on the filters that you have selected. As you can see in the image, we have “selection info” showing the rating based on the coach's opinion of the players in the positions and roles selected. It is your choice on how you approach this screen.

If you have your own tactical style, then create a tactic that fits that style. If you don’t have a tactical style then feel free to let the game support you in creating your tactic by selecting on the numbers (1,2,3) next to the tactics. Pay close attention to the familiarity and intensity, these will change depending on numerous factors. At the start of your save, depending on the managerial experience (coaching badges) and playing experience you selected, the familiarity might be low and the tactic you select might take time for players to learn. But, give it time and let the players learn the tactical approach that you have chosen

When you start your save, you’ll be thrown right into the club’s pre-season. The day after you join, you’ll have a game against the club’s reserves team. Knowing that pre-season is close, I would advise using this time to organise the club’s pre-season training. Before this, you should have selected your tactical approach. During pre-season, you want to get your players learning your preferred style of play by using a variety of training schedules.

Before heading into the game against the reserves and diving into pre-season. Knowing your squad’s current medical risks is important. After a break at the end of the previous season, managing your players to full match fitness is important. If you know that players are at risk of injury then you have to manage their match minutes. The medical centre, training schedules and tactical style all work in partnership throughout your save. Learning how to balance the books will increase the risk of injuries, you can start learning this during pre-season. Get to know your player susceptibility to injuries and you’ll manage them even better throughout your save.

Here at FM Base, we're lucky to be affiliated with Gamebillet which gives us the opportunity for you to purchase the game for £30.72, much less than the retail price!