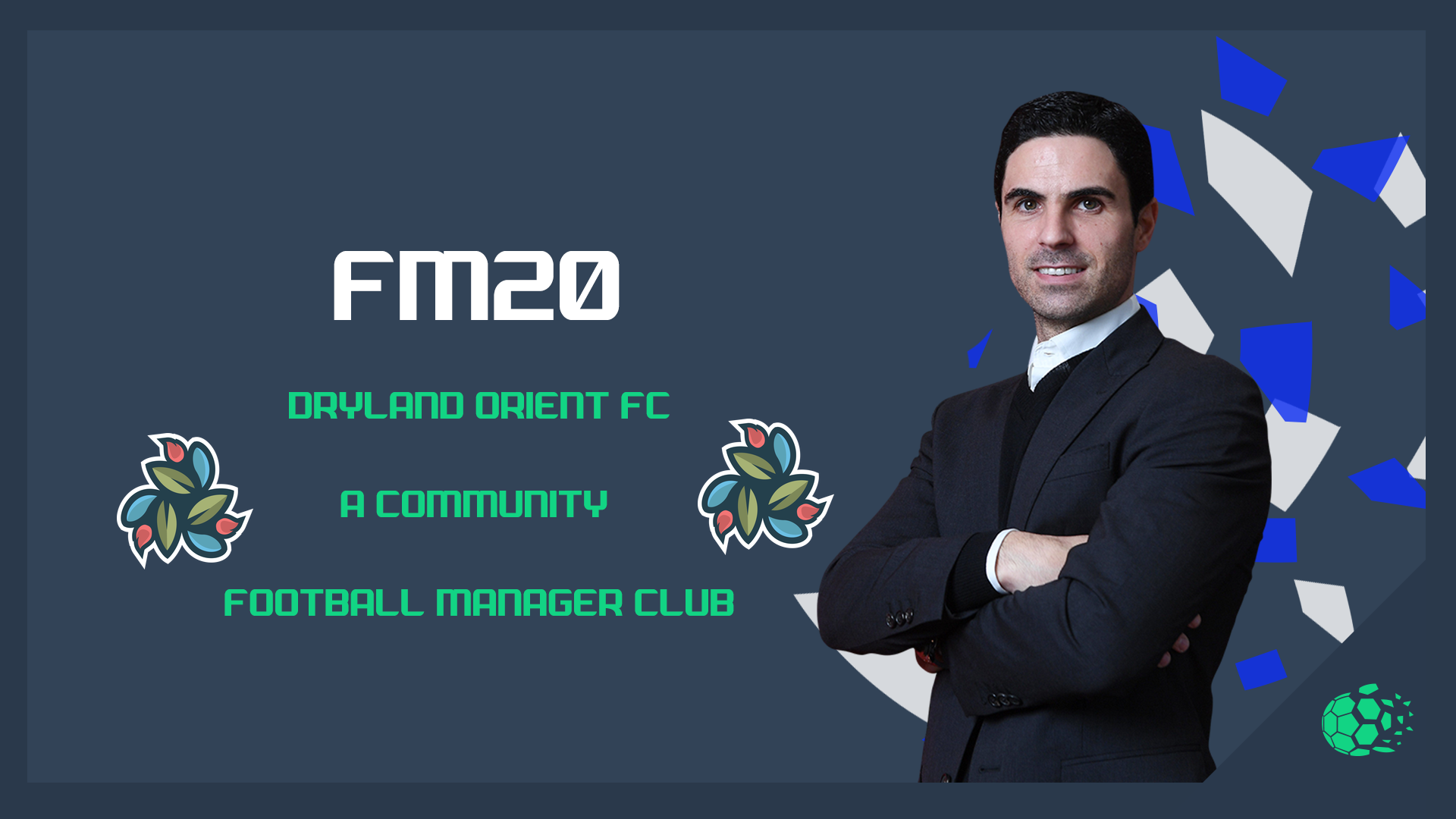 To continue sharing the love from the FM Community, in this post, we share another community piece. Dyland Orient FC, the creation of Football Manager Twitch streamer, DeaconEntertainment

The history of Drylanders does not come from Football Manager but another footballer game, FIFA. FIFA has a mode called Pro Club in which Drylanders was born. When FM was introduced, Dryland Athletic FC was formed and from that, the current Dryland Orient FC

Dryland Orient FC is a community Football Manager club made up of viewers that attend Deacon's streams. Even I submitted myself and coincidentally ended up with a player who plays right-back, the position I played back in my own playing days.

The main idea behind the Drylanders is to involve the community. In the current circumstances when many parts of the world are under lockdown, what better way to breeze through time then by involving yourself with a Football Manager save involving yourself. What's most interesting about Dryland Orient FC, should you end up at the club and you tune into Deacon's streams, you have the opportunity to request so much. For instance, when I was watching a stream recently, I heard Deacon moaning about the crossing so I instructed him to put my player on crossing training. You'll be able to see in the image above that my crossing is on the way to being improved (nothing like how I could cross a ball in real life... I can hardly cross a T, nevermind cross a ball into the box creating goal-scoring opportunities). Maybe you've noticed that one of the players that play in your position is underperforming, request a meeting in the chat to have your player selected instead. Remember that Deacon as the club's manager has the main say on player selection but, make the right requests in terms of training and praise which you can be rewarded with by earning channel points.

Follow Deacon's Twitch Channel as well as following him on Twitter to find out when Deacon goes live!