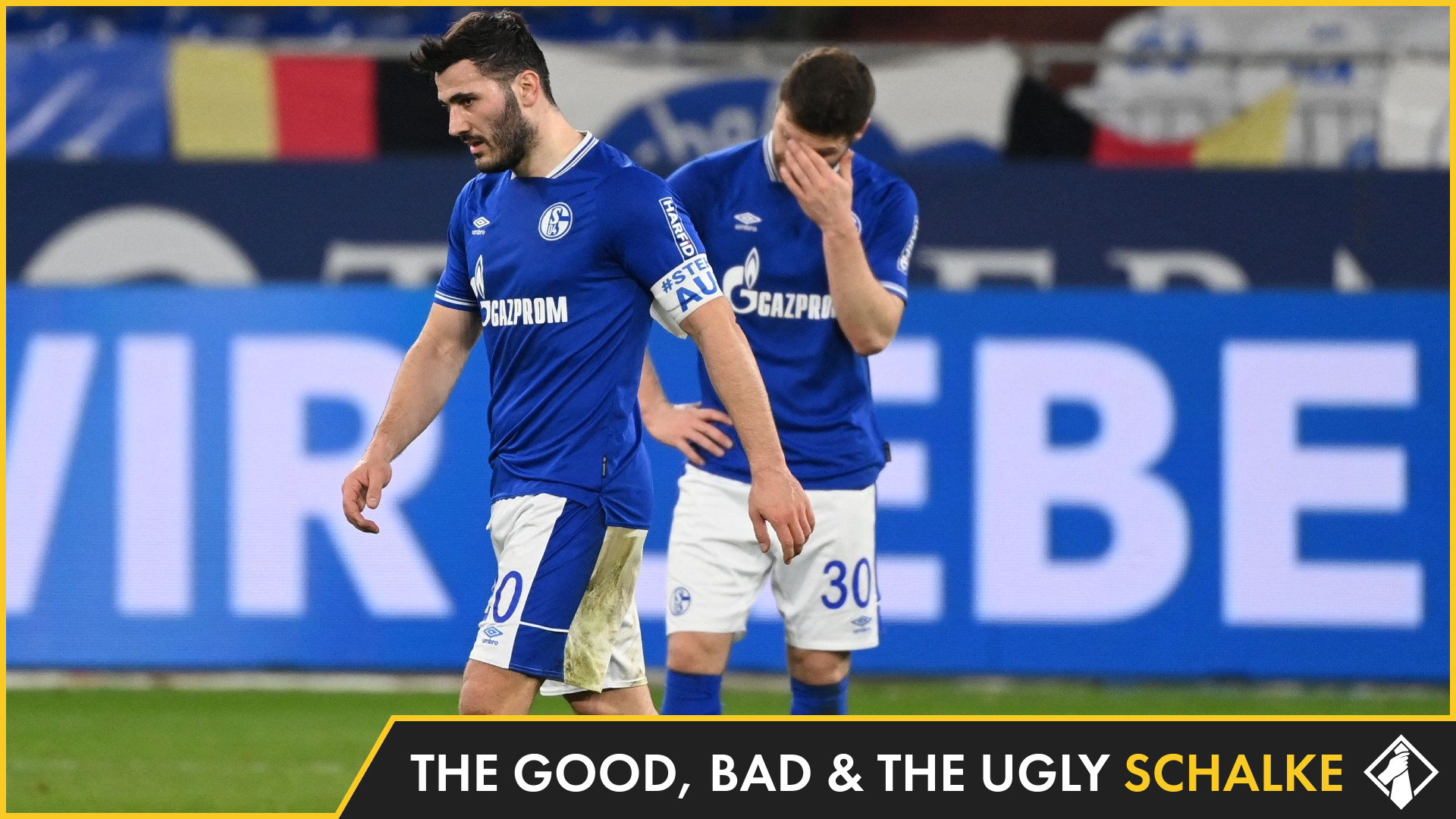 As European Football leagues come to their conclusion, the natural thought process for any avid Football Manager gamer is "Who shall I manage on FM22?"

One of the teams that has naturally been bouncing around is FC Schalke 04. Anyone with even a basic knowledge of German football will know that Schalke 04 are one of the Bundesliga's biggest and most influential teams.

On Football Manager 2021, Schalke are predicted to finish one place above the relegation zone.

The club has a fantastic history with a multitude of honors to their name.

Schalke have endured a torrid season and have only won twice in the league amid four managerial changes.

They’ve only managed two wins this campaign and are on track for the second worst season in Bundesliga history, only bettered by a 1965-66 Tasmania Berlin, who managed to pick up just 10 points.

They also went through five coaches this season, and conceded 76 goals, more than any other Bundesliga team since 2000.

In the 2017/18 Bundesliga, Schalke finished second behind Bundesliga giants Bayern Munich - essentially proving themselves as one of the toughest sides around.

Three years after that fantastic season Schalke have gone through what could only be described as a fall from grace. They are currently preparing for life in the second tier after suffering a humiliating relegation to 2. Bundesliga. The relegation saw an angry mob of fans who were stunned at how their club could collapse so quickly.

So, what caused this fall from grace? In 2016, Schalke appointed Christian Heidel as their new Sporting Director. Heidel has previously worked alongside managers such as Jurgen Klopp and Thomas Tuchel, who combined to help 1. FSV Mainz 05 punch well above their weight from 2007 onwards.

Heidel appointed Markus Weinzierl, who had just taken Augsburg to the Europa League as his new first-team manager. The club had BIG plans for the future. But, as can be seen those plans did not come to fruition. Weinzierl's management on the pitch was a little underwhelming - his side finished tenth in his debut season before being sacked in the summer - it was Heidel's work behind the scenes that really contributed to Schalke's downfall.

Schalke are one of Germany's biggest talent-production factories, and with that comes an influx of transfer fees when those players are sold. Leroy Sane, Julian Draxler, Thilo Kherer and Manuel Neuer all managed to be sold for a combined £150m between 2011 and 2019.

Despite this income, Heidel has been responsible for spending the transfer budget on players that did not fill the void that those top players left. Breel Embolo, Nabil Bentaleb and Sebastian Rudy are the club's three biggest signings, and none of them made it anywhere close to the level of those they were meant to replace.

Their top prospect, Leon Goretzka walked out on a free to join Bayern Munich in 2018.

It seems the mantra at Schalke was one of not caring about the club's turnover and a belief that you have to spend money to make money. Club officials did commit £100m to upgrade the training facilities. Since 2016, the club has gone through a total of five managers some of which failed to stay in charge for over 100 days. Heidel left Schalke in 2019, by this time, the damage for Schalke was already done.

When the COVID-19 pandemic hit, football's finances got ravaged. Schalke had no parachute, debts began to spiral out of control. The club even went to the extent that fans who requested their season tickets be refunded had to prove that they needed the money.

An unstable ownership, deteriorating playing squad and complete lack of structure at management level all proved a deadly cocktail when the pandemic hit.

At the end of the 2018/2019 season the club was in debt of €200 million. Former billionaire chairman of Schalke, Clemens Tönnies, was forced to resign after facing backlash for racist remarks. Tönnies was widely condemned for racist comments made about Africa in August 2019, however, he was only given a six-week suspension – something he signed off on personally. He didn’t leave the club for good until June 2020.

Furthermore, the covid-19 pandemic rubbed salts in the wounds for the club. Schalke is a heavily fan-dependent club with the second highest number of supporters in Germany. The lack of ticket sales has therefore been a big contributor to their financial struggle. Consequently, the staff has received a large pay cut and the current squad has been built on a budget.

By the end of 2020 things were looking dire on and off the pitch. Schalke had to win at all costs, but they didn't have any money to improve the squad. The only 'upgrades' came in the form of free transfers like Shkodran Mustafi and loan deals for players like Sead Kolasinac.

Whoever was chosen to manage Schalke was under an immense amount of pressure to succeed. David Wagner couldn't do it. Manuel Baum, a man with a sound reputation based on his previous work as a developer of talent and coach at Augsburg, was brought in. A decent enough appointment, but what raw material did he have to work with?

One of their biggest assets, United States international Weston McKennie, had already been sent on loan to Juventus out of financial necessity which could become permanent for €18m. The Schalke squad has been disjointed for many seasons, full of players who had been on loan elsewhere like Hamza Mendyl, Nabil Bentaleb, Ralf Fahrmann and Mark Uth. Square pegs in round holes were everywhere, and so there was a frantic attempt to add to the squad in September even given the club's considerable financial strictures.

When Christian Gross was sacked, several club officials, including sports director Jochen Schneider left as well. Mistakes have clearly been allowed to happen for many years but with regards to this current crisis. Schneider was involved in some really bad squad planning. He seemed to only rely on players of coaches who have once played for Stuttgart, which is bizarre.

To put things into perspective, the image below shows Schneider on Football Manager 2021. Not exactly the person you would think would be a Director of Football for a top tier German side.

By the time Dimitrios Grammozis arrived in March 2021, Schalke's fate was all but sealed.

What tops this off is the club that sealed Schalke's relegation, Arminia Bielefeld. Why? Bielefeldverschwörung - The Bielefeld conspiracy. The story goes that the city of Bielefeld in the German state of North Rhine-Westphalia does not actually exist.

It is always tragic to see a traditional football club collapse, and hopefully better days are ahead. What does the future hold for Schalke? There are probably more dark days ahead before the recovery can truly begin.

Will you take on the challenge of managing Schalke on FM21 to try and rewrite history, or will you wait until someone releases an data update including relegation or wait for FM22 where undoubtedly Schalke will be one of the most recommended teams to manage for players looking for a team to rebuild.