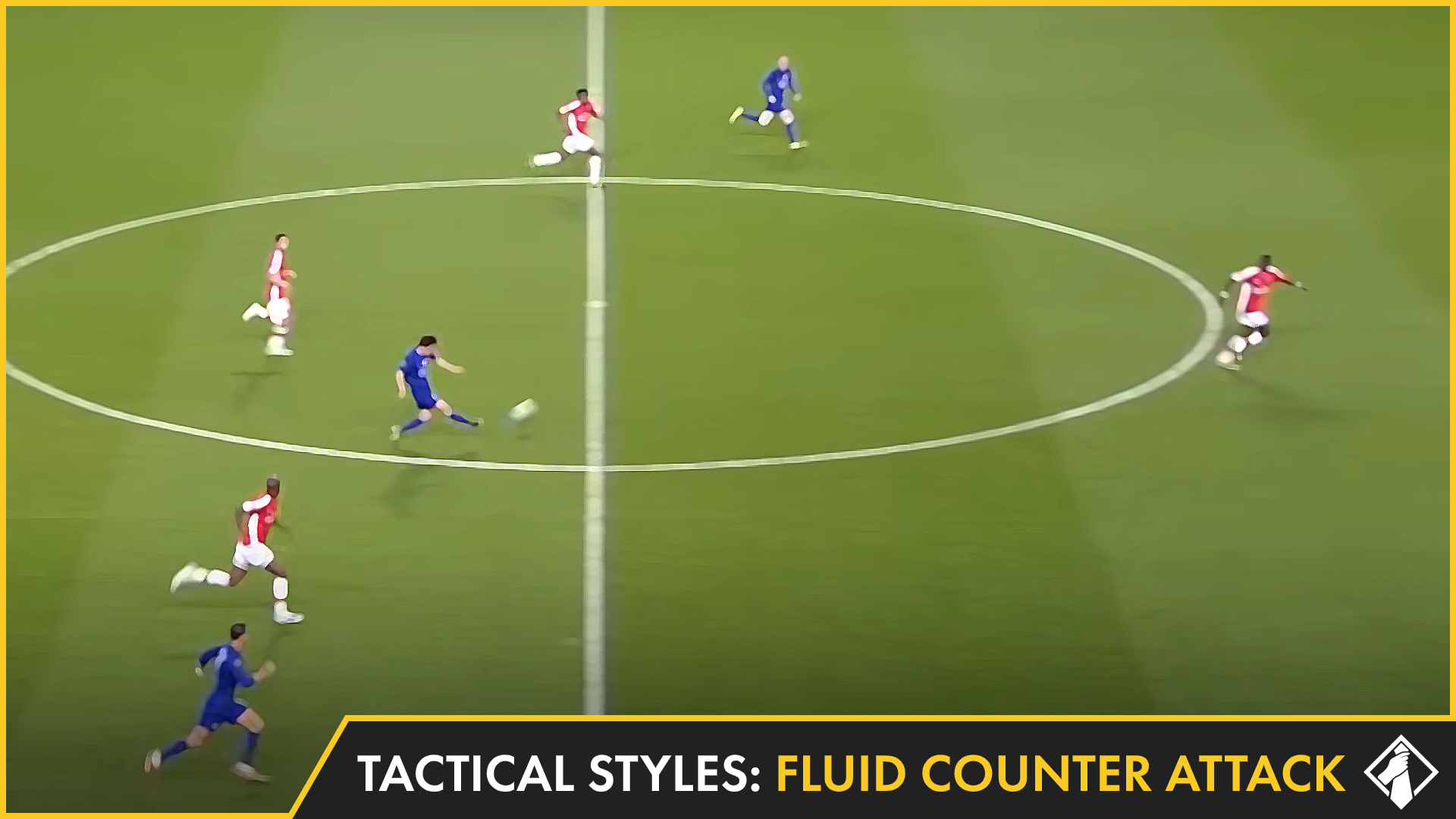 Many consider counter-attacking football as soaking up pressure from the opposition before making a quick strike while they are vulnerable. In theory, that is correct, although I am about to prove to you that there is much more to football's counter-attack style.

"The more space one gets in possession, the higher the chances of scoring. If a team that is providing full width and depth loses the ball, it misses compactness. Players will have more time on the ball, which increases the probability of correct decision-making."

Let's break that down. In this case, the counter-attack's objective of the 'fluid' variety is to ensure that your players are in space when possession is regained. With the opposition further upfield and out of position, your attacking players will make use of the area in front of them to drive forward with the ball and force a goalscoring opportunity.

They will do this quickly and efficiently to avoid the opposition getting back into their defensive shape, which in turn breaks down the opportunity presented before it has even begun.

How well your team presses will define the types of attacks you create, and your calibre of attacking players will be the difference in how well executed the counter-attack is.

To give you an example of a fluid counter-attack in all its glory, check out Cristiano Ronaldo's second goal for Manchester United away at Arsenal in the 2009 UEFA Champions League semi-finals.

You can see how quickly the ball moves from back to front and the acres of space the attacking players - in this instance, Park Ji-Sung, Wayne Rooney, and Cristiano Ronaldo - have. The ground that they cover in such a short length of time is remarkable.

Other examples to look at would be many of Leicester City's goals in the 2015/16 season, where they were crowned champions of the Premier League.

Also, look no further than Portuguese powerhouse Jose Mourinho's Real Madrid side from 2011/12, who set a new modern-day record of 100 points and 121 goals in La Liga.

"Looks to draw the opposition forward to leave them vulnerable on the break. Players will be fluid on the counter, trying to combine with each other and carry the ball with clear intent."

It is just as we said before: The objective is to wait for that chance to win back possession and break quickly up the pitch exploiting the gaping holes that your opponent has now left unguarded.

HOW DOES IT WORK?

The fluid counter-attack will attempt to soak up pressure and turn over possession deep in your half before making quick attacks as the opponent is most vulnerable when they have just lost control of the ball.

You are practically sacrificing ball possession in favour of high-quality ball movement in the final third.

It is best to employ the fluid counter-attack with a cautious mentality (as it does on the presets) - and it would be wise not to change that as it suits the objective of this specific tactical style.

"This mentality is best employed for matches in which you expect to lose the battle for possession but feel you can break with some regularity. It aims to keep men behind the ball when defending but to provide quick support to attacking players when the ball is in the final third. It relies on getting the ball forward quickly enough to expose the spaces behind aggressive full-backs and wingers, with players tending to stay deeper and maintain defensive shape if the break looks like coming to nothing."

Expect to see most players set with defensive and support roles when playing with a cautious mentality as the team will be required to work as a unit both defensively and offensively.

Your full-backs (or wing-backs in the case of a 5-3-2) and deep-lying playmaker become the essential players following the turnover. Your wide men will bomb forward to join your attacking members of the team whilst your DLP will sit in the middle to find gaps to thread the ball.

Do not be put off by playing a lower defensive and engagement line as without having a rigid yet structured system off the ball; the counter-attack can never genuinely occur.

Suggested formations in Football Manager for a fluid counter-attack setup.

Personally, the 5-3-2 with wing-backs would be the best option of the Football Manager presets if you intend to use the fluid-counter attack.

You will have an assembly of six staying back providing a wall and smothering space for the opposition to move through and following the ball being won; you will expect to have no less than five players forward.

Those five being the wing-backs bombarding forward to support the two strikers whilst the BBM and MEZ should both (at times only one) join the attack and provide an option in the centre of the park to help maintain the swift attack.

The fluid counter-attack is a tactic that showcases both defending and attacking. If your team cannot defend the tactic fails as your offence never get the chance to make quick attacks meanwhile if your attack is not up to scratch the breakaways come to nothing.

It would be best if you had both sides well drilled.

The counter-attack has always been around and always will be. It is an integral part of some of the best teams in the world right now. Jurgen Klopp's Liverpool look to win back possession quickly before making quick strides towards goal. Pep Guardiola's Manchester City also does the same although with slight variation.

Southampton is an excellent example of fluid counter-attack. Ralph Hasenhuttl sets up his side to defend with a low block which suffocates spaces in the final third and becomes a barrier which can be very difficult to play both through or around.

"The low block is a defensive system where the players defend very deep in their own territory and restrict the space for opposition players to exploit. It is a more static form of defence, as there is not much movement compared to a team playing with high pressing intensity."

Southampton's recent 1-0 win over Liverpool is a great example of what to expect from operating with the fluid counter-attack.

One downside to this system is that you must expect to remain patient for opportunities to come as this is NOT an attacking tactic.

In conclusion, it is best to go with this style of play when you are playing opposition where you are expecting not to have much of the ball over the 90 minutes or are playing against an opponent that you perceive to be far more superior than your side at that time.

If you enjoyed this article and want to read more stuff written by me, go here. 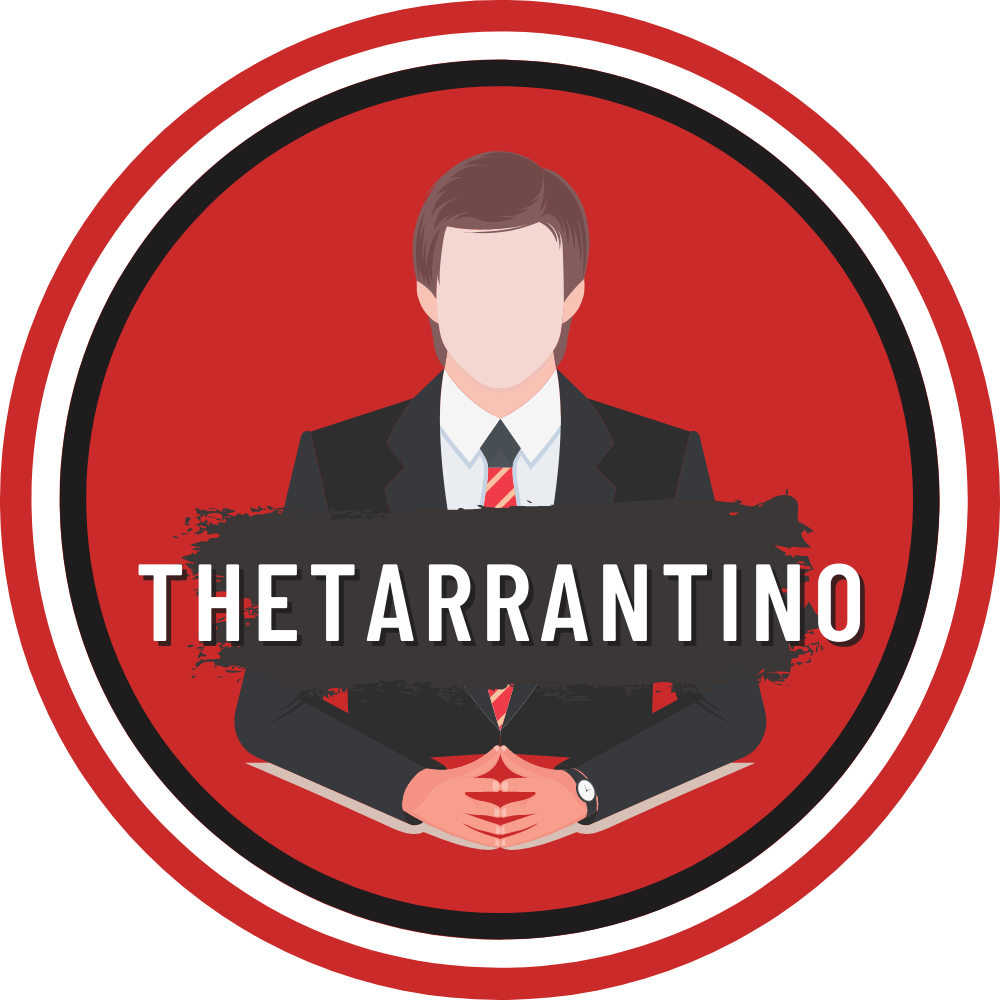