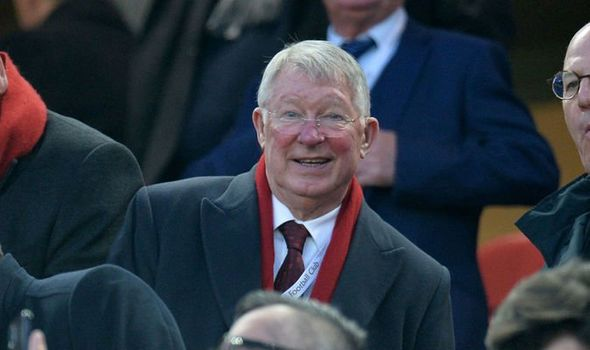 5 Real Football Managers to Watch and Learn From

FM2020 is unlike anything we’ve played before. It’s much more focused on strategy and punishes heavily for wrong decisions. Sometimes, I wonder if it’s even intentional, or completely random like those casinos using Nektan software. Hate it or love it, you’ve got to play it smart. And a little inspiration from real-life greats won’t hurt. So here’s my list of 5 football managers to watch and learn from.

A rare gem; Guardiola is a great manager who was a great footballer as well. You want more? How about the fact that football legend Lionel Messi became a prominent player under Pep’s guidance. After his time with Barcelona and Bayern Munich, the 48-year old is currently managing the Premier League side Manchester City.

Pep won the La Liga thrice and the Copa del Rey twice with Barcelona, which, if you remember, even they won the FIFA Club World Cup in 2009 and 2011. While managing Bayern Munich from 2013 to 2016, he won the Bundesliga thrice and the DFB-Pokal twice. Bayern also won both the Fifa Club World Cup and the UEFA Super Cup in 2013. More recently, his current team has won the Premier League trophy and the EFL Cup in the 2017/18 season.

Le Professeur here is probably the best EPL coaches of all time. We can’t quite implement his accomplishments with the diet system of English football players, but we can learn quite a lot from his 22 long years of coaching the Arsenal squad. Besides, he also coached other clubs like Monaco and Nancy for brief periods.

You probably remember how he guided the Gunners to win the FA Cup and the FA Community Shield in 2018, both seven times each! But let’s go back a little, to when he led Arsenal to win the English Premier League three times in 1988, 2002, and 2004.

Quick Fact: Wenger worked briefly with the Nagoya Grampus and won the Emperor’s Cup in 1995 and the J-League Super Cup in 1996.

We’ve got ourselves another footballer-turned-manager here. He’s managed a lot of great clubs over time like Chelsea, Inter Milan, Real Madrid, and now, English Premier League side Manchester United. An interesting thing to keep a note of is how his management changed with these teams.

He won the Premier League and the Football League Cup thrice each with Chelsea and then the Serie A title thrice and the UEFA Champions League Trophy with Inter Milan. With Real Madrid, he did his magic and won them the Copa del Rey in 2011 and La Liga and Supercopa de España in 2012.

Another multi-club manager, Carlo Ancelotti’s name is associated with Real Madrid, Bayern Munich, Chelsea, Juventus, Paris St. Germain and a couple of other teams. Since his time with Reggiana way back in 1995 till today, his win percentage has been gradually increasing from 41.46% to 70% with only a few dips here and there.

With his trophies, I’ll only go as far as 2009 when he led Chelsea to the Premier League and FA Cup. After that, he guided Real Madrid to win UEFA Champions League, FIFA Club World Cup, Copa del Rey, and the UEFA Super Cup in 2014. He got Bayern Munich the Bundesliga in 2017 as well.

You peasants might have been disagreeing on my ranking till now, but if you say Sir Alex Ferguson is NOT the greatest football manager of all time, I will fight you. In a football stadium. In front of thousands of people. After all, he made Manchester United one of the greatest clubs of all time and nurtured legends like Cristiano Ronaldo and Wayne Rooney.

During his time with the Red Devils, he won 38 domestic and international trophies. The squad got the English Premier League for a record 13 times along with other trophies like the 2 UEFA Champions League and 5 FA Cup titles. He has many more trophies, so many I can’t list them all here. But learn from him, people! He’s the best.