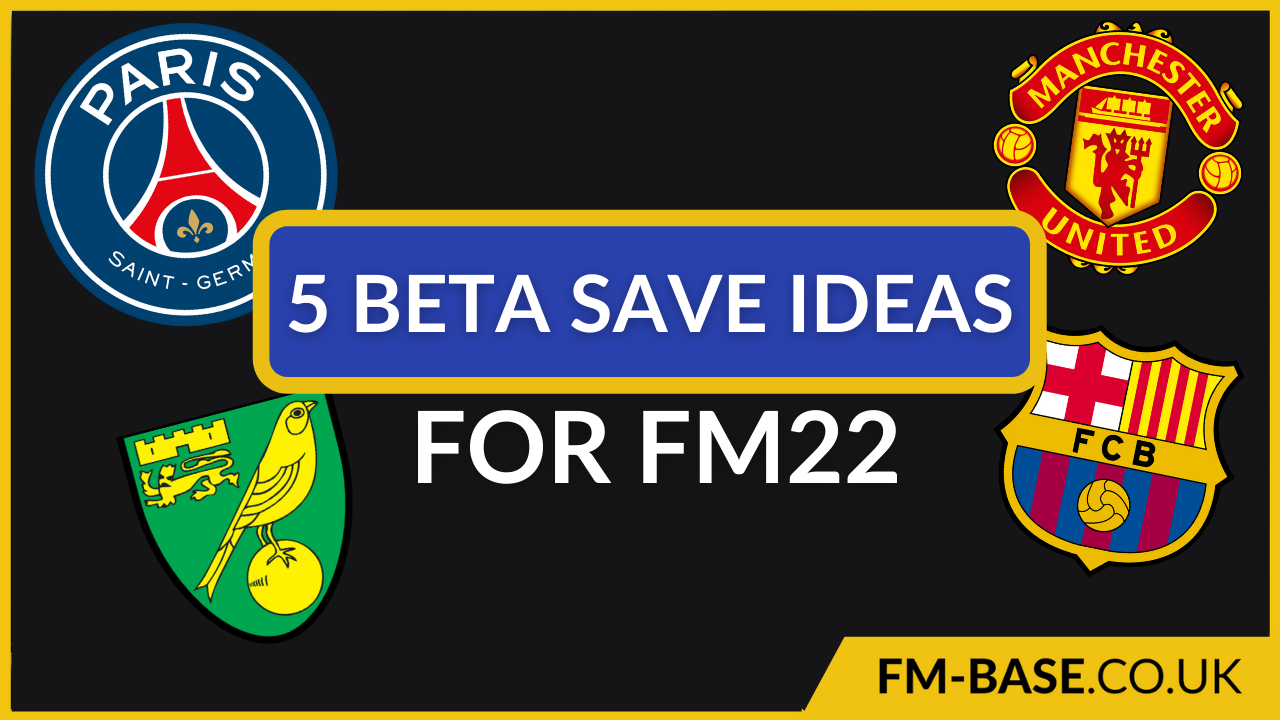 It's finally here! The Football Manager 2022 BETA is out and we're bringing you 5 save ideas to kick this year's edition off with a bang! If you still haven't managed to get the latest installment in the Football Manager series then you can do so here for full BETA access and to play the full game on November 9th.

The Canaries. This save definitely isn't going to be fun, with The Yellows looking set for relegation but with top talents such as Billy Gilmour, Ozan Kabak and Max Aarons you can attempt to cut the Yo-Yo and secure Premier League status, should you choose to continue the save once the full game has been released.

Messi, Neymar, Mbappe. That's all we have to say. You should be winning the quadruple as a minimum with Paris Saint Germain and with the likes of Sergio Ramos, Achraf Hakimi and more, this should be a walk in the park. Unless, of course, your name is Mauricio Pochettino.

Once the kings of world football, idolised around the globe, FC Barcelona haven't had the best of times over recent years and it's your job to win a 27th La Liga title and try and compete in Europe. It isn't all doom and gloom though, as you'll have wonderkids Pedri, Ansu Fati and more at your disposal in Sunny Spain.

For the first time since 2011, Juve didn't manage to win the Serie A in the 2020-21 season. CR7's off the books though so it could be a chance to have a major rebuild and turn The Old Lady into European Giants.

Ole might not be at the wheel any longer so why not see if you can do better with the likes of Bruno, Ronaldo and Sancho in an attempt to replicate the success of Sir Alex Ferguson. If you want to play with Manchester United - rather than Man UFC - make sure to download TheFMEditorTeam's Real Name Fix here.